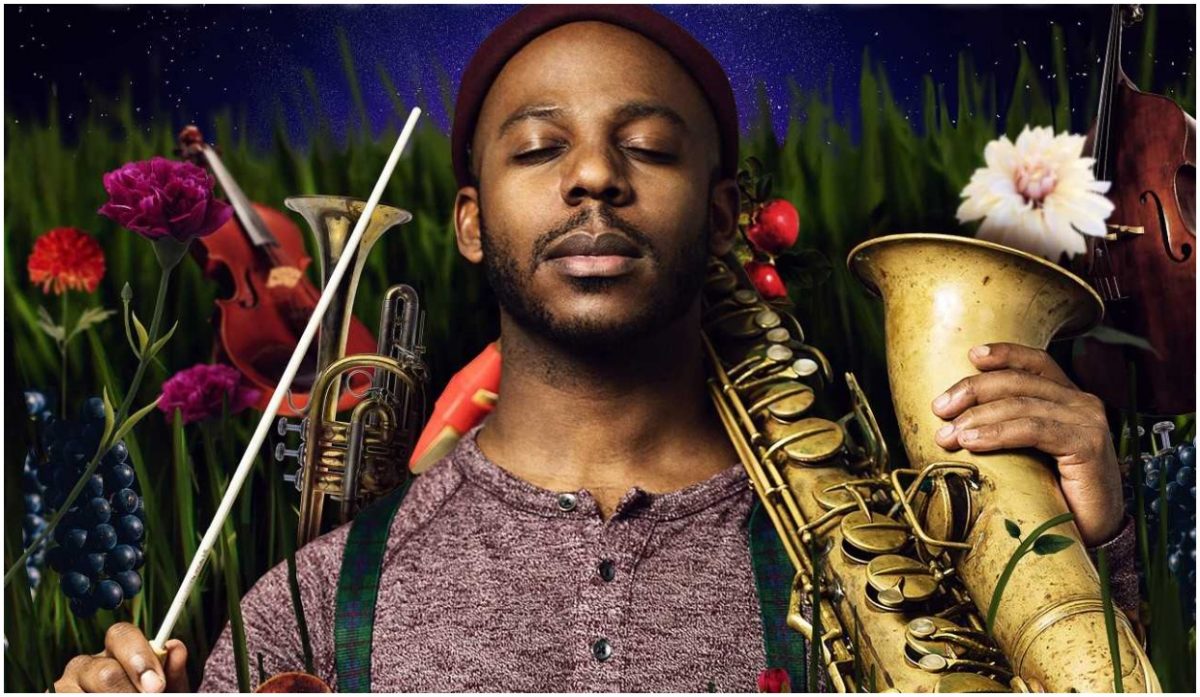 Chances are high that many music and jazz lovers would lean on legends of the “golden era” if asked to list their favourite saxophone players. Names like Lester Young, John Coltrane, Charlie Parker pop to mind effortlessly, and leave little rooms for counterviews. A search on google for “best saxophonists today” or “best modern saxophonists” suggests the above could be more than a naive assumption: the search returns only a bunch of names of modern and “worth knowing” saxophonists; all the rest again lead to the masters of all times. So, have saxophonists lost momentum as lead composer and performers enjoying wide recognition and popularity? Saxophonists played a major role in building the legacy of jazz, laying its foundations and gaining iconic status and worldwide fame. This may remain unmatched in the modern era. But no doubts, there are outstanding talents inhabiting this physical world, performing on iconic stages shared with music stars, but also working relentlessly on releasing their solo albums and creating their own path. The talented and the gifted are not extinct; some of them are eager, keen to push existing boundaries, pursue mastery and take the lead. And hopefully there are still many ears open to experimentation, virtuosity and sophistication.

We interviewed one of the most highly sought-after saxophone players on the scene today, Tivon Pennicott. Having shared stages with the likes of Gregory Porter, Esperanza Spalding among others, Tivon is set up to establish himself as a leader musician and composer. His latest album “spirit garden” is a remarkable piece of work: it affirms Tivon as a masterful and creative composer, showcasing  his ability to translate deep emotions and experiences into notes, building upon classical and foundational works and reaching further into unchartered terrains.

Saxophonists have played a major role in building the legacy of jazz and have inspired generations to come. What first got you into music? Why did you decide to become a saxophone player?

First of all, I can say that I didn’t choose music, music chose me. Music has always been an integral part of my life. My family is extremely musical as my father had a strong vision of assembling a family band. My mother would sing as my sister accompanied on piano (also an amazing violinist on my album Spirit Garden), while my dad played bass, and I played the drums at the age of ten. Two years later I got the melody bug. I wasn’t much of a singer but still wanted to sing, so my father helped me choose the tenor saxophone to play in my school band. It was the closest thing to the human voice. 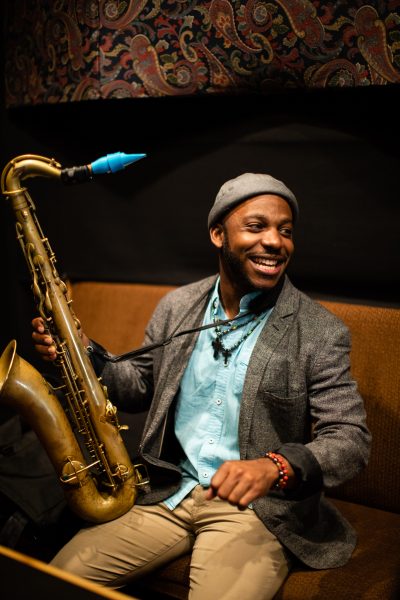 Can you tell us more about your latest album? What is the philosophy behind it, as you named it “Spirit Garden”

Spirit Garden refers to a gathering of human spirits, who indirectly or directly encourage one another towards spiritual and physical wellness. Nature has always been a recurring theme and main source of inspiration for me. So the garden is a place of escape from all of the proverbial noise; our place of communion, as we remember core principles like the fruit of the Spirit: love, joy, peace, patience, kindness, goodness, faithfulness, gentleness, and self-control. Simultaneously, there is a focus on feeding our body more portions of the literal fruit in our lives. Increasing one’s daily intake of any and all fruit, as well as adding 16oz of celery juice each morning on an empty stomach, will contribute to an immense healing journey for anyone that is in need. Rejoicingly, I am a testament to this.

Musically, I needed some of the oldest instrumentation in order to invite the listener into this metaphorical garden. Although I had never done it before, I assembled a 25 piece orchestra from scratch and carefully decorated the musical canvas note by note, feeling to feeling, until all of the sounds in my head were fulfilled and all of Spirit Garden was represented. My orchestration, compositions and performance are all an extension of the philosophy behind Spirit Garden.

As you have shared stages with Gregory Porter, Esperanza Spalding, Jon Batiste and many other musicians, what have some of your best musical moments been?

Well, I’ve played the most with Gregory Porter. He’s taken me across the globe several times and given me the opportunity to see places I probably would have never seen. Along with those experiences I’ve also had great moments on stages. The Royal Albert Hall performances always have a special magic to them. Also, SFJazz venue is one that we do the rare two set show. We’ve had some electric moments there. Also, I would say playing with Roy Hargrove’s RH Factor in Aruba in 2015 was a memorable musical moment for me as well.

How did you feel when you won your first Grammy Award? From your point of view, what is the key to success?

I feel honored and blessed for the opportunity to contribute to groundbreaking records from great artists. I’ve put in the work on my craft, and to see some of the fruits of my labor come to be, I can only be thankful. It’s important to be steady and consistent along the journey. Whatever anyone’s view of success is, it doesn’t mean satisfaction. As I referenced earlier, physical and spiritual health is important and that should take priority. My view for the key to success is finding one’s inner peace, adjacent to working diligently on one’s craft. Then, it’s important to be honest about who one is and one’s own expression. It will allow for accomplishments of goals and desires with ease and enjoyment. 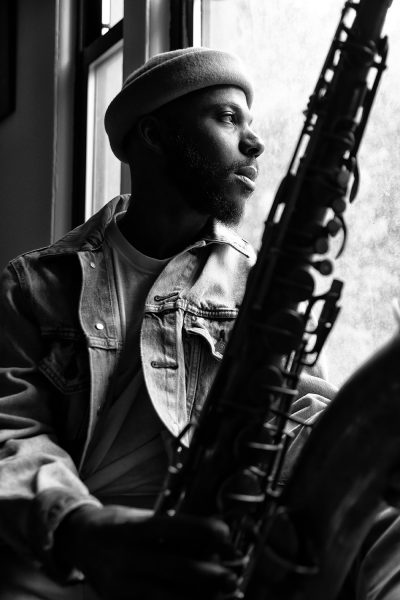 What makes a good jazz musician? Is jazz the hardest to perform? Which genre of music do you listen to apart from Jazz?

Interestingly, jazz isn’t the word I like to use to describe my music, the music I play, or what kind of musician I am. The musician greats of the past said the same thing. I can certainly relate with them. What makes a good musician is having extended musical knowledge. A great musician doesn’t worry about the style of music. The duty of a complete musician is to listen to all flavors of music, what you care for and don’t care for. This allows for versatility. No matter how the music goes, it may be difficult for several reasons: Maybe the cultural basis of the music is a little unfamiliar, or maybe the technical aspects may be difficult. Possibly the musical format, expectations, or approach may be different. It’s all about familiarity to all spectrums of music. I can say that some artists I enjoy are Flying Lotus, J Dilla, Philip Glass, Steve Reich and more.

During this pandemic, we all have entered into a new digital realm. For a musician how this new normal feels? What’s your experience with it?

I have always been the type to “roll with the punches”. Of course the pandemic made things uncomfortable as I will always prefer to play in front of a live audience, but I am a supporter of musical evolution. There’ve been moments in history where musicians have had to change their approach in order to adapt to societal changes. Post the Great Depression in the US, traditional 14 piece big bands had to be cut down to combo (6 or less) size groups in order to continue to get work. So I like it. I am continuing to share my album Spirit Garden as I begin to expand on my own musical spectrums. I have my saxophone going through electronic effects pedals as I explore expanded musical atmospheres. I’m excited to share virtually and in person in the near future.

What are your future plans? Would you like to come to Turkey to give a concert?

I must say that I’ve been to Turkey once on a layover flight. The layover in the airport was for 15 hours! I didn’t know what to do as I would have to sleep in the airport all day and night. I then remembered a dear college friend that I knew lived in Istanbul. I called her not knowing if she lived there or not. It turned out that the day I contacted her was her birthday! She was gracious enough to come pick me up from the airport and I celebrated with her and her friends. I had so much fun in Istanbul, I said to myself “I definitely want to come back”.  I want to perform. Hopefully we can set it up sooner than later. Blessings.