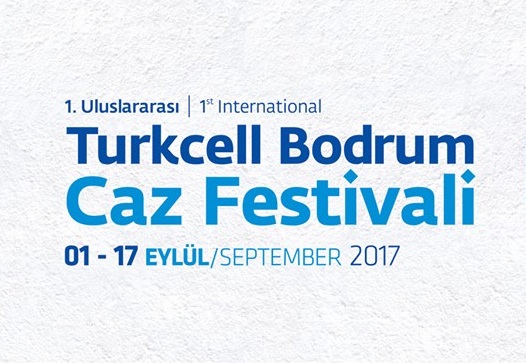 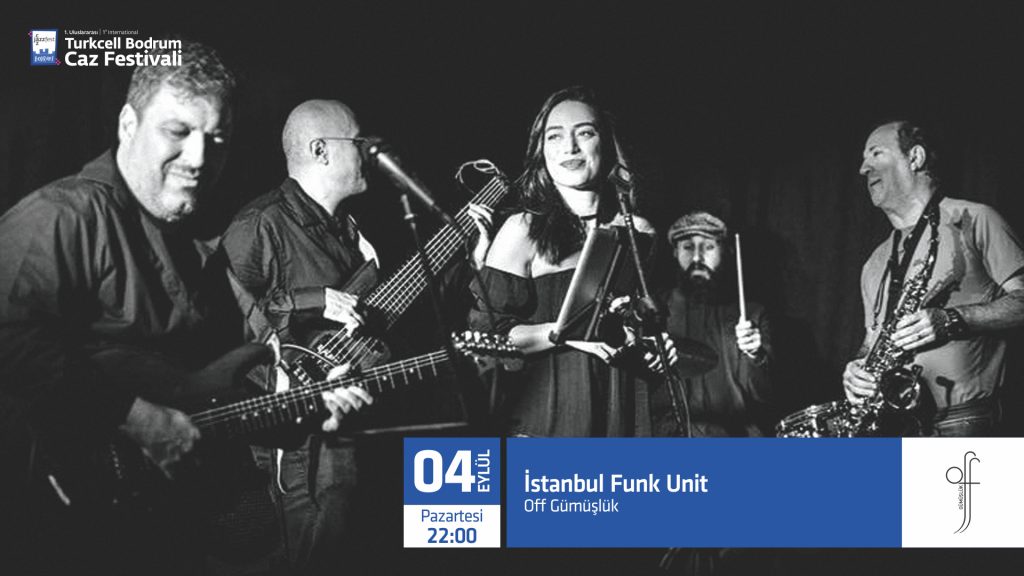 Inspired by the wold famous Nils Landgren Funk Unit, Istanbul Funk Unit was formed by Cenk Soyak (CEO of Alotech A Cloud Telco Company) in 2011 with the participation of three fellow musicians and friends; Yahya, Tunc Erkan (actually a diver who part time works for Dell) and Kerem Turhan (composer, vocalist and keyboard player who recently released his debut album and exercises Architecture in IKEA Group in his spare time). The group performs the funk arrangements of masters like Miles Davis, John Coltrane, Wayne Shorter and Bill Withers, as well as tunes from Turkish folk music. 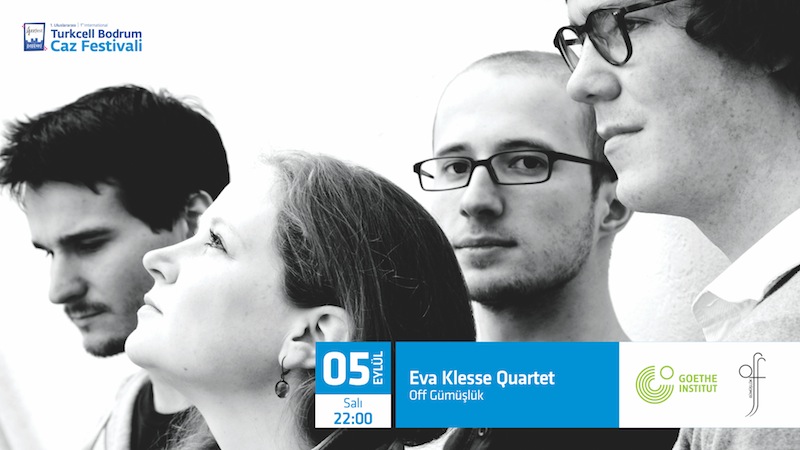 When Eva Klesse and her quartet recorded its debut album Xenon in 2014, things were still quite new.
Just six months earlier, Klesse, Ring, Frischkorn, and Lucaciu met in Leipzig; they went on to play a handful of concerts together. In 2015, the band was awarded the Jazz Echo (German Music Award) in the category Newcomer of the Year. Nevertheless, the band already displayed a remarkable diversity of musical styles and a strong creative drive. Essential characteristics remain: atmospheric original compositions in lieu of cover, a knack for interesting melodies, joyful improvisation, and nuanced acoustic arrangements.
Logo: Goethe Inst. Ve Off Gümüşlük 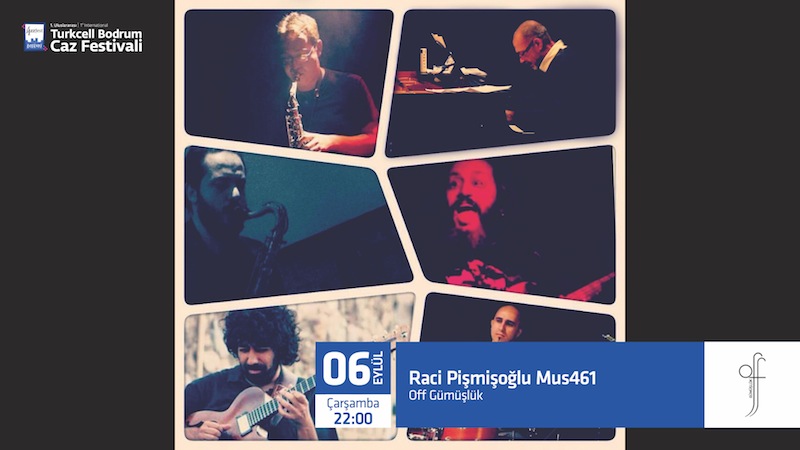 The band’s name is coming from the Raci Pişmişoğlu’s ensemble class at Bilgi University, MUS461. The group consist of well-known jazz musicians of today, who were lecturer at this class once upon a time. Band is accompanied by some of the well-known musicians of Turkey. The band will be performing a set of Raci Pişmişoğlu’s arrangements from Charles Mingus, Brecker Brothers, Paquito D’Rivera and Billy Cobham’s hard bop, latin jazz & funk. 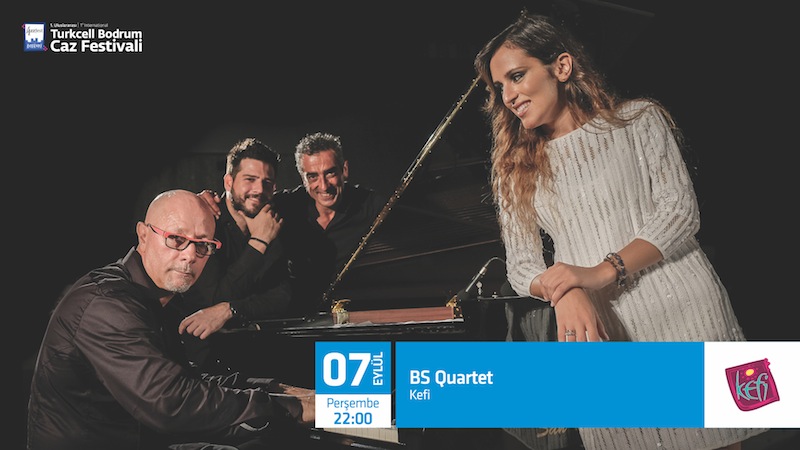 BS Quartet is a new band founded by famous Italian conductor Bruno Santori, which tries to bring a new breath with a jazzy repertoire. The Quartet has played at San Remo festival and many festivals. 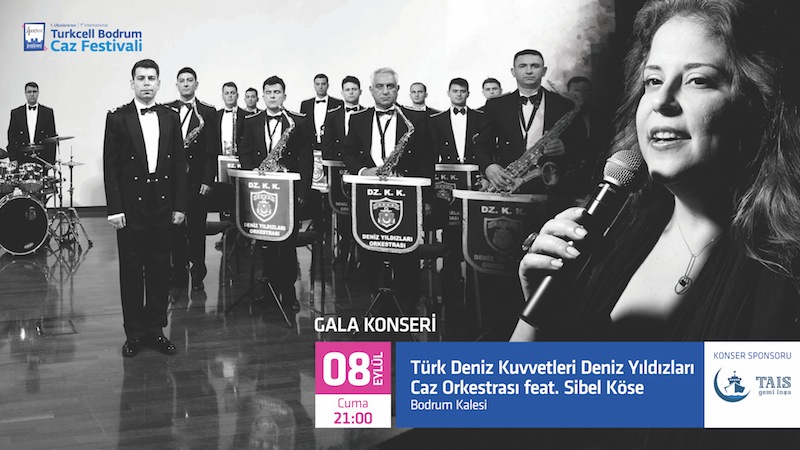 One of the special Big Band Orchestras of Turkey is Turkish Navy All Stars Big Band will perform the Opening Concert of the Bodrum Jazz Festival on 9th of September at Bodrum Castle. The Orchestra will accompany greatest Turkish jazz diva Sibel Köse for the most beautiful jazz standards of all times. We appreciate the participation of Turkish Navy Forces and TAIS Company for their support. 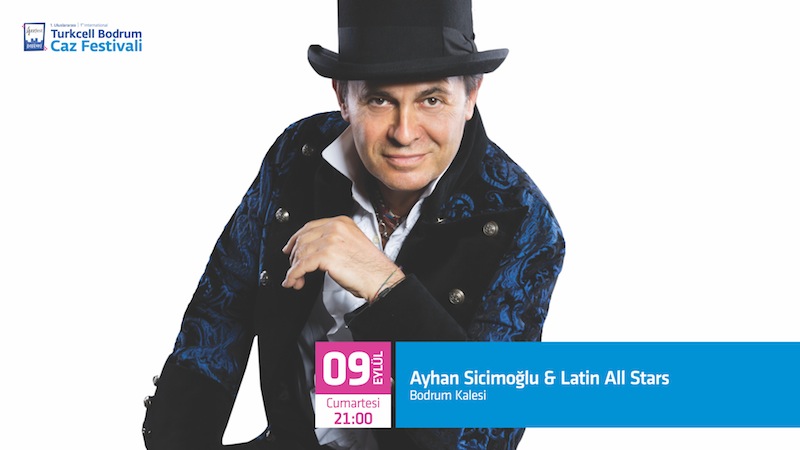 Ayhan Sicimoğlu and his Latin All Stars band is carrying the heat of South America with a touch of music from Turkey. The band is performing at Bodrum Castle on 9th of September with a set of Turco-Latino music, choosen to fit Sicimoğlu’s gusto.

He is known his TV programs on travel and culture. Musician, traveler, radio broadcaster, TV producer Sicimoğlu, graduated from Talas and Tarsus Amerikan College. After Hacettepe University, he had been educated photography and filming at Bournemouth and Poole College of Art in London. He had also lived in Rome for 5 years and New York. Sicimoğlu is producing a travel and cultural show on Bloomberg Tv named Colours with Ayhan Sicimoğlu, Gastronomy Adventures at Bein Gurme Tv and Lemonade at Bein İZTv. He gives concerts all around the world with his own band. 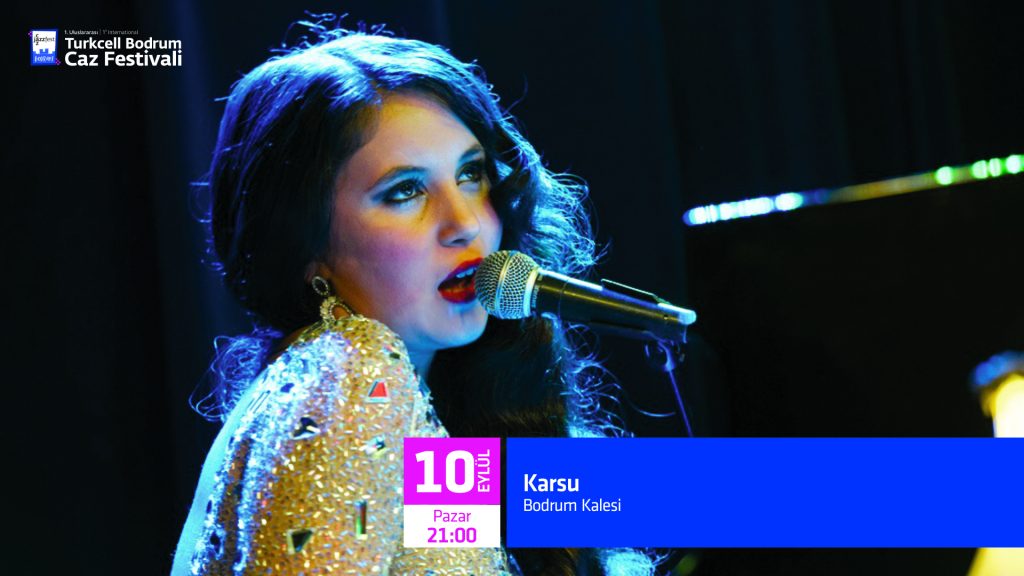 With her band consisted of talented jazzists from Holland, we will be wellcoming Karsu with her new songs along with a repertoire from her tunes of popular Turkish songs. Don’t miss her concert and energize yourself with this lovely young woman and her jazz friends.

Karsu is a pianist, singer, songwriter and arranger who successfully created her own style from a combination of jazz, blues, soul, dunk and Turkish music. Besides her own songs written in English, she is arranging famous Turkish folk songs with a taste of her own style. Karsu is a member of a family from Hatay, who lives in Amsterdam. While performing all over the world with success, she pays a special attention to her concerts in her homeland, and bringing new projects every year. 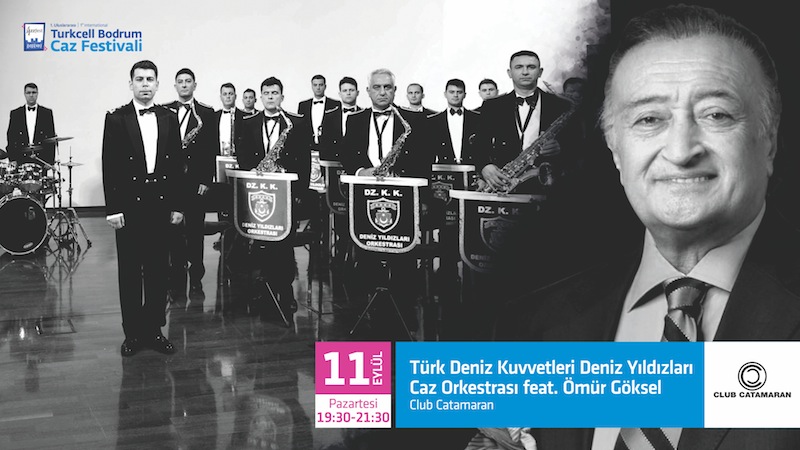 One of the special Big Band Orchestras of Turkey is Turkish Navy All Stars Big Band will perform the in Festival at 11th of September at Club Catamaran. The Orchestra will accompany one of the greatest Turkish male vocals Ömür Göksel for the most beautiful jazz standards of all times. We appreciate the participation of Turkish Navy Forces and Club Catamaran for their support. 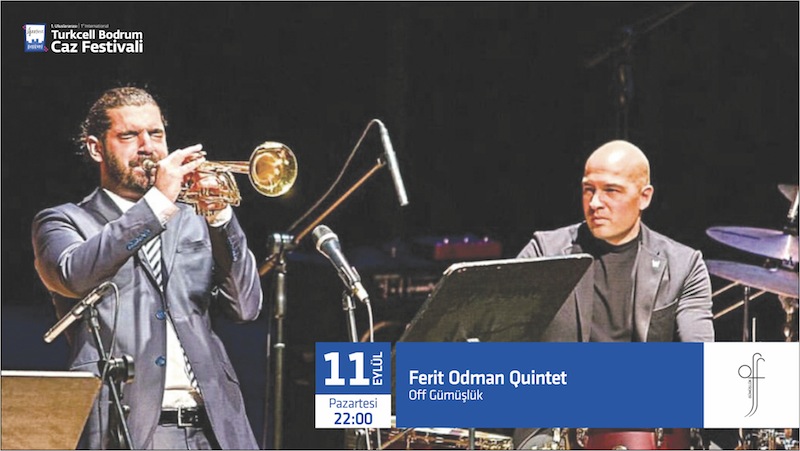 Ferit Odman; one of the pioneers of jazz drumming in Turkey will perform with his Quintet at Turkcell Bodrum Jazz Festival, Off Gümüşlük Jazz Stage. You’ll enjoy this journey deep in to the hard-bop era by Odman’s quintet.

The Ferit Odman Quintet whose performers are among the best jazzists in Turkey, will perform arrangements from Odman’s albums given 4-star by Downbeat Magazine; Autumn in New York and Nommo. 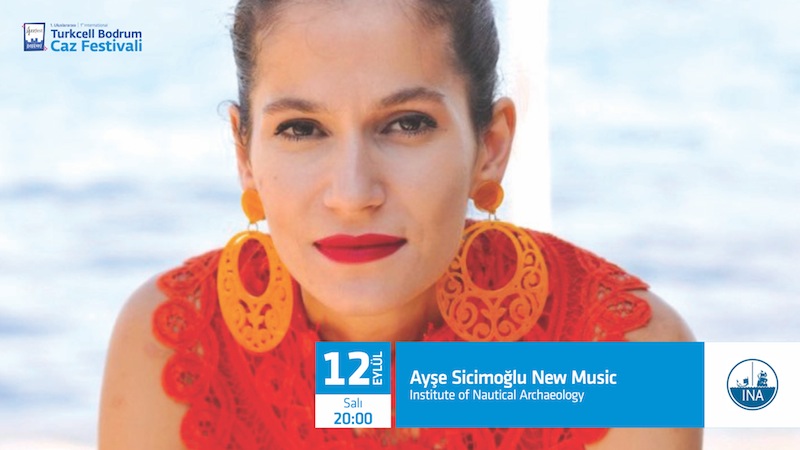 We will be delighted by the New Music Project of Ayse Sicimoğlu at one of the most beautiful buildings in Bodrum, designed by Architect Turgut Cansever. Institute of Nautical Archaeology- INA is a signature for Bodrum, by many means. We hope the festival will be one of the signatures in Bodrum in the long term.

Ayse Sicimoğlu’s first love was Opera and having graduated from Sorbonne University and the Ecole Normale de Musique in Paris, as well as from Istanbul Technical University (M.I.A.M), she moved back to Istanbul to follow her father’s steps with whom she has recorded two Cd’s: Ayhan Sicimoglu Friends and Family & En Estambul. She has formed a classical music quartet named Velvet which is active since spring 2016. In the Festival she and Ali Tolga Demirtaş will present a new genre of music: New Music.

Ali Tolga Demirtaş was born in Ankara. After having education at many schools around Europe, he played at many festivals in Turkey and made studio arrangements for many musicians of both pop and jazz scene in Turkey. He is continuing his masters and have an album. 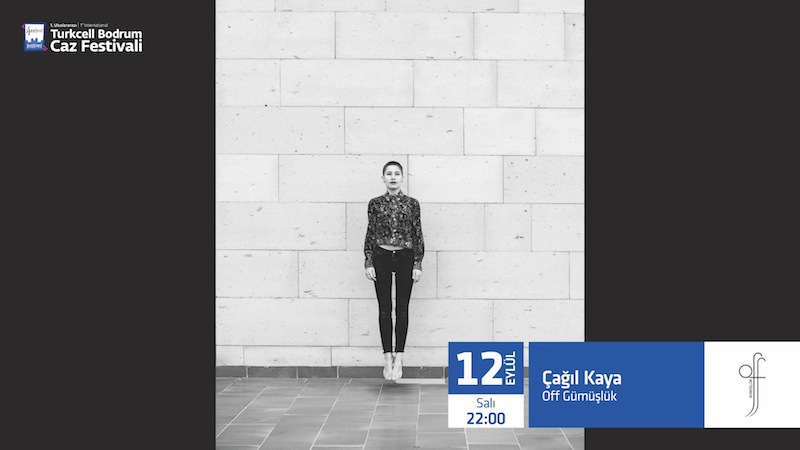 Çağıl Kaya will be performing songs from their album “everything is OK for now”. Cağıl Kaya will be accompanied by well-known musicians of the jazz scenes. Her irst album was released in 2014, which was selected as the Best Aalbum of the Year, by many critics like Hulya Tuncag, Murat Beser. Her songs are accompanied by theatrical features and improvisations. She keeps in touch with the audience and make them a subject of her stories. The second album is just released. 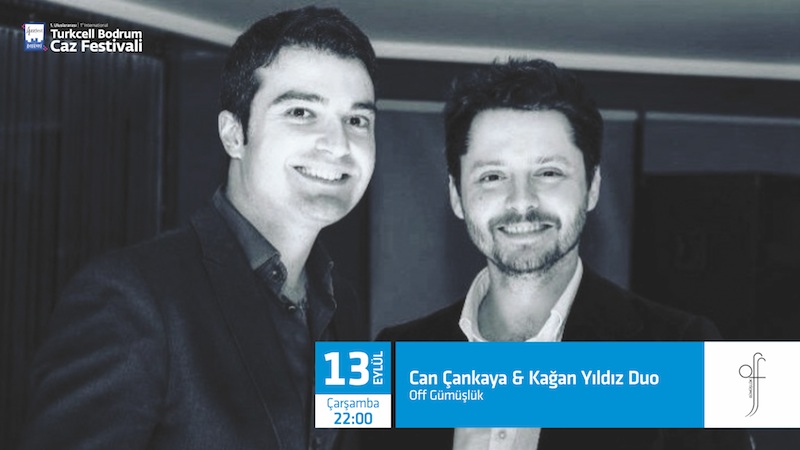 Two of the great Turkish Jazz performers of our era, Can Çankaya and Kağan Yıldız will perform songs from their newly recorded album at Off Gümüşlük Jazz Stage.

Concet at Off Gümüşlük will be one of the first concerts of the Duo, who recorded their new album in April 2017. Can Çankaya on Piano and Kağan Yıldız on Bass will present their own compositions along with their highly fantastic interpretations of the jazz standards. This Duo performance is a rare project in Turkish Jazz community. 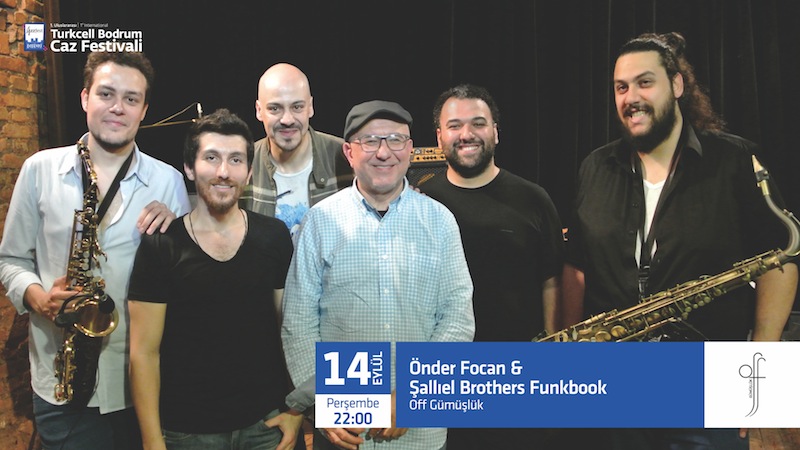 Saxophonist brothers Anıl Şallıel and Batuhan Şallıel (Şallıel Bros) are known for their recent performances with guitarist Önder Focan, their own projects and their collaborations with other musicians. They came together with Önder Focan for a funky project with a repertoire of Focan’s compositions. The project, named “Funkbook”—short for “funky songbook”—, brings together energetic band members, who are all masters of their own instruments. The sound of the band could be described as funky and energetic rhythms combined within the framework of jazz. Önder Focan’s pleasant and melodic compositions and the musicians’ effective improvisations draw the attention of a jazz audience with a wide variety of musical interests. The album, named “Funkbook”, was recorded in December 2015 and released in May 2016. 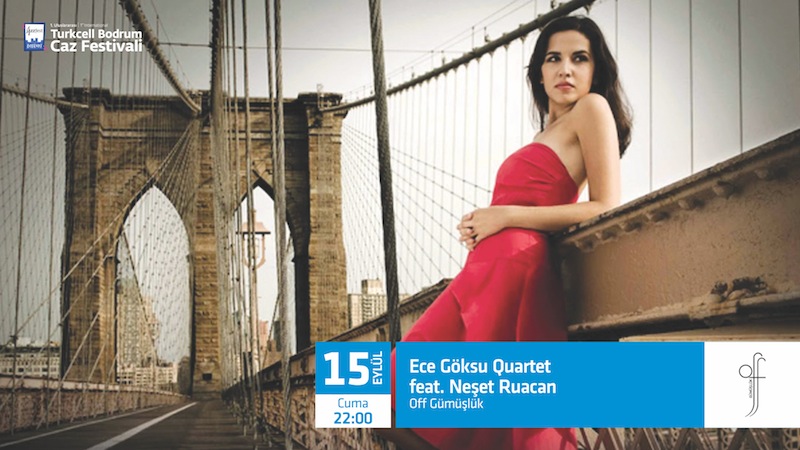 Ece Göksu Quartet will be on stage with the legendary jazz guitarist Neşet Ruacan at Turkcell Bodrum Jazz Festival, at Off Gümüşlük Jazz Stage. We’d like to thank Off Gümüşlük for their support.

Ece Göksu and Neşet Ruacan will be performing songs from their album Slow, Hot Wind and a collection of jazz standards. Göksu and Ruacan will be accompanied by Can Çankaya on piano, Kağan Yıldız on bass and Berke Özgümüş on drums. 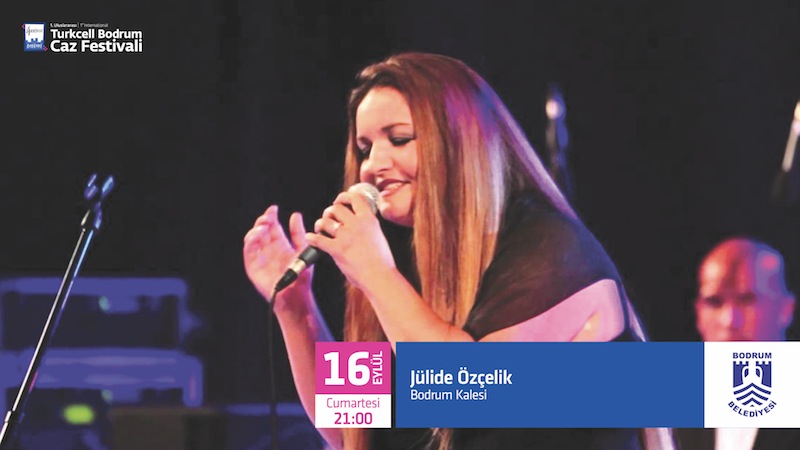 Jülide Özçelik is known as one of the greatest vocalists who compose her own music along with jazzing up some of the most well-known Turkish songs. She and her great jazz band will perform a special concert for Bodrum at the Bodrum Castle, at 16th of September

Jülide Özçelik with her great jazz band will perform songs from her albums along with some Bodrum tunes at the 16th of September. Jülide Özçelik has recorded İstanbul Jazz Volume 1 and 2 reflecting Özçelik’s aim of making Turkish music in universal standards. Many of the arrangements are made by Cem Tuncer. The Band is consisted of Cem Tuncer on guitars, Ercüment Orkut on piano, Volkan Hürsever on double bass, and Ediz Hafızoğlu on drums. 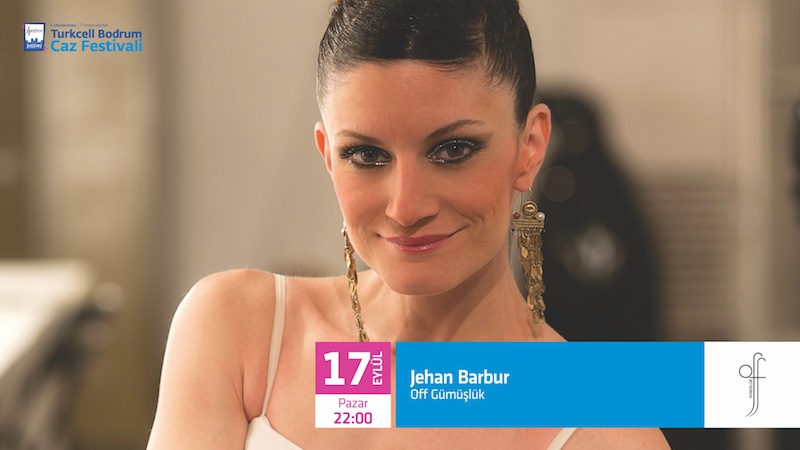 Turkcell Bodrum Jazz Festival will be ending with a magnificent singer, Jehan Barbur, at Off Gümüşlük Jazz Stage. We’d like to thank Off Gümüşlük for their support.

One of the most important women voices and composers of Turkish music scene is Jehan Barbur. She and her band will perform songs from her 5 solo albums, and songs in French and English, which she adores to sing. The Closing Concert of the Turkcell Jazz Festival at OffGümüşlük Jazz Stage will be one of the unforgettables.