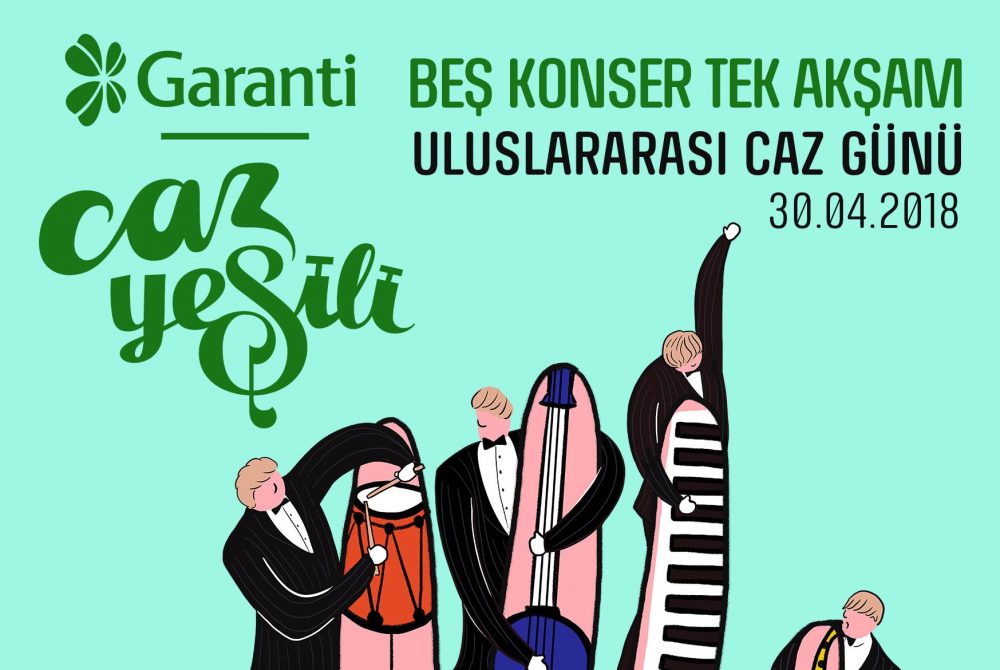 Garanti Bank presents yet another evening filled with jazz in order to celebrate 30th of April International Jazz Day as founded by UNESCO in 2011. The 6th International Jazz Day will be celebrated with the motto “five concerts, one night” with Garanti Caz Yeşili concerts on the 30th of April, Monday evening at five different venues in Istanbul. The performances will feature Donny McCaslin Group at Zorlu PSM, Susanna Aleksandra & Matt Hall Quartet at Nardis Jazz Club, Petros Klampanis feat. Baha Yetkin at The Badau, Girls in Airports at Salon IKSV and The Nels Cline 4 at Babylon. 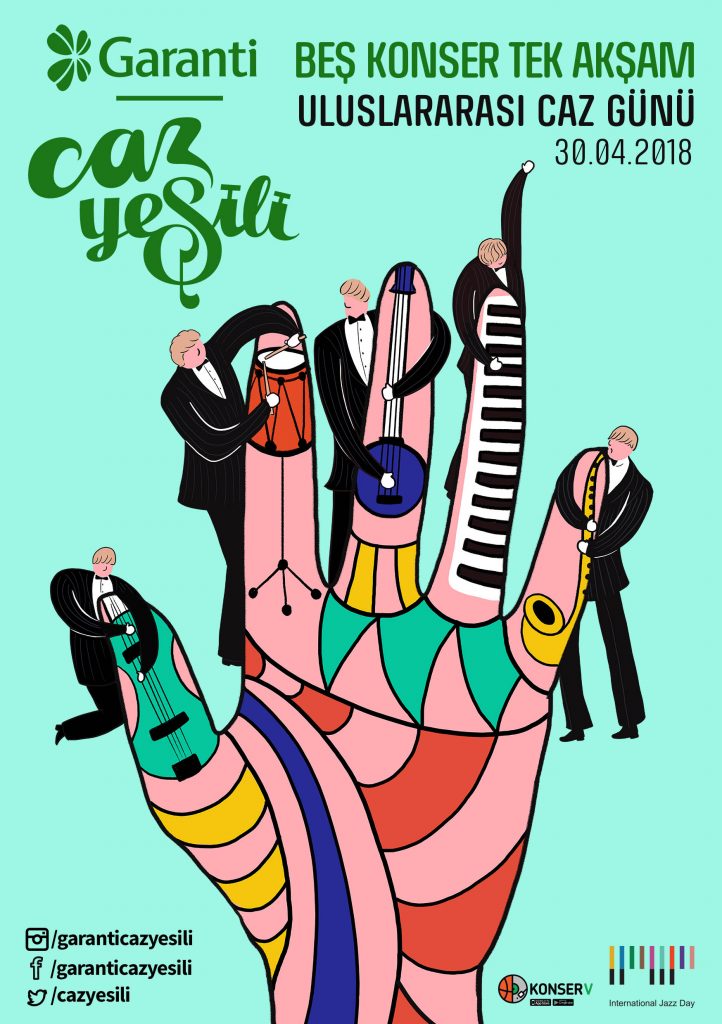 Three time Grammy nomiatedAmerican jazz saxophonist Donny McCaslin studied at prestigious Berklee and is well known for his rock and electronic music as well as his jazz musician identity. McCaslin received international recognition for his collaboration with David Bowie. He will perform at Zorlu PSM.

Born in Greece’s Zakynthos city, Petros Klampanis received his education in Amsterdam Conservatoire and in Aaron Copland School of Music in New York, where he worked with many jazz musicians after his graduation. Klampanis gave various performances on prestigious stages worldwide and will perform with Baha Yetkin who is currently working in London.

Susanna Aleksandra is an Estonian jazz singer, lyricist and composer. Passionate for languages, she effortlessly plays with words and melodies, navigating through traditional, Nordic and Latin Jazz. Aleksandra will be accompanied by Kaan Bıyıkoğlu, Matt Hall and Ekin Cengizkan at Nardis Jazz Club.

The Danish band “Girls in Airports” – combining jazz, indie and urban folk into a unique expression of heart stirring melody-laden elegiac hooks and dance influenced rhythms – will be on stage at Salon IKSV.

The All-Star concert will be broadcasted live on the 30th of April. The schedule of the concert is as follows:

And a special concert will take place in New Orleans due to the city celebrating the 300th year of its foundation.

The musicians who will perform in the Global Host City St. Petersburg: Pianist Herbie Hancock (USA) and saxophonist Igor Butman (Russia) will be the co-hosts.

Founded 300 years ago on the 22nd of April, New Orleans is known as the birthplace of jazz. It will join the celebrations with a live broadcast this year. The live performances will start at the historic city center Congo Square.