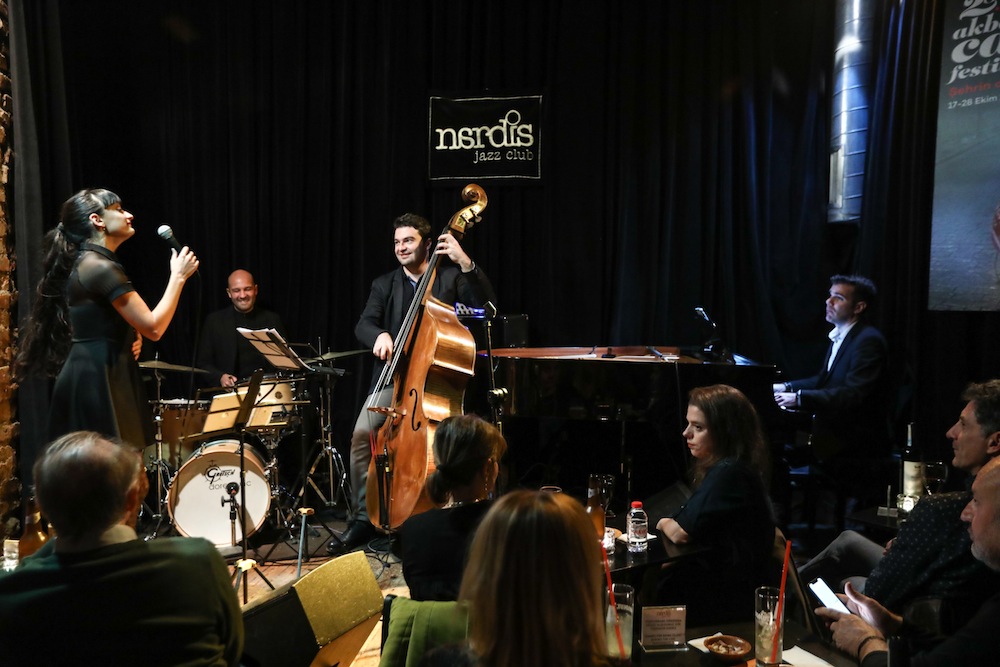 I met Caloé two years ago during Montreal Jazz Vocal Competition and we fast became friends due to her warm and sincere attitude. I met her a year later and we shared the same stage to perform Take The A Train together during Made in New York Jazz Competition in New York. I was very happy to hear that she will be coming to Istanbul in October for Akbank Jazz Festival and our paths crossed once more at Nardis Jazz Club on the 27th of October. 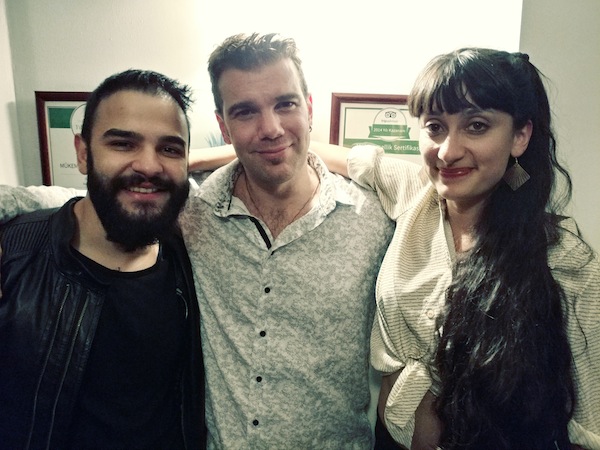 Uraz Kıvaner on the piano, Ferit Odman on the drums, Burak Dursun on the trombone, Kristian Lind on the double bass and vocalist Caloé! A marvelous Saturday evening which kept most members of the audience on their feet. Every single note, lyric, emphasis reflects a different feeling while putting the audience under its spell as a whole. Caloé lives the lyrics as she sings and keeps her eyes on the audience. She sings, almost plays the improvization parts just like a violin with her commanding intonation. She does this so masterfully that both the musicians on the stage and the audience watch her journey wide eyed as if to discover a treasure. Another kind of communication starts when the songs are done; she says she admires Uraz Kıvaner’s musicianship as she makes a joke about: “Tonight is actually Uraz’s night and we will sing together now.” The excitement is off the roof, the piece they chose is I Fall in Love Too Easily. The stage instantly transforms into a musical. They sing together while keeping their eyes on one another and the receive an incredible applause. Caloé doesn’t miss an opportunity to express her admiration for the musicians on the stage and takes their videos during their solos. She seems to want to enjoy this moment while she is on the stage in Istanbul and to collect memories.

Caloé also write lyrics in addition to being a singer. She sings many songs in her mother tongue during the evening. One of these songs is called Chiir, which means poem in Syrian. The lyrics belong to her mother Helyett Bloch while the composition is her own. Chiir is an inspiring song about people who had to flee the war and their country. 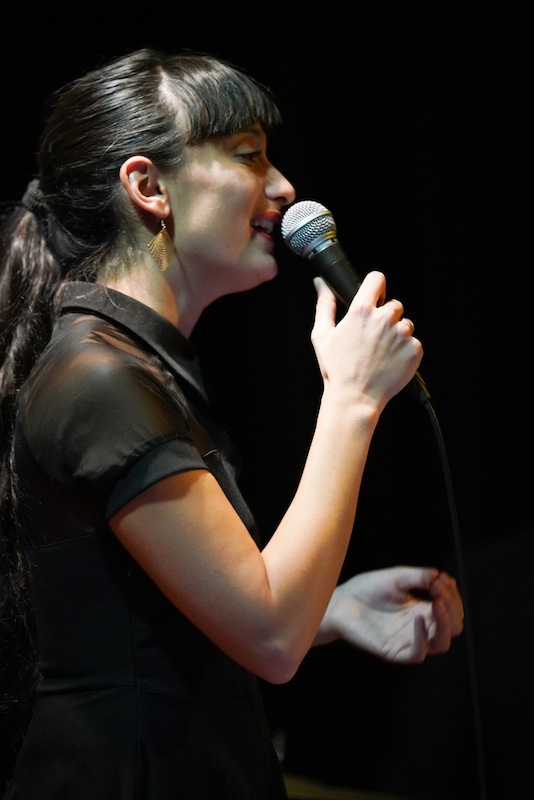 They play Uraz Kıvaner’s Not Another Blues, a piece he describes as “like blues but different” together as the evening draws to an end. Uraz emphasizes that Caloé learnt this piece, which isn’t easy on the vocals, in such a short time as 10 minutes. The band receive an enthusiastic applause for an encore and step on the stage once more. They end the night with Stevie Wonder’s Part Time Lover, a piece that Caloé re-interpreted a few years back.

I excitedly await to see where my path will cross Caloé’s once again in the future.

Here Is The Formula For Jazz!