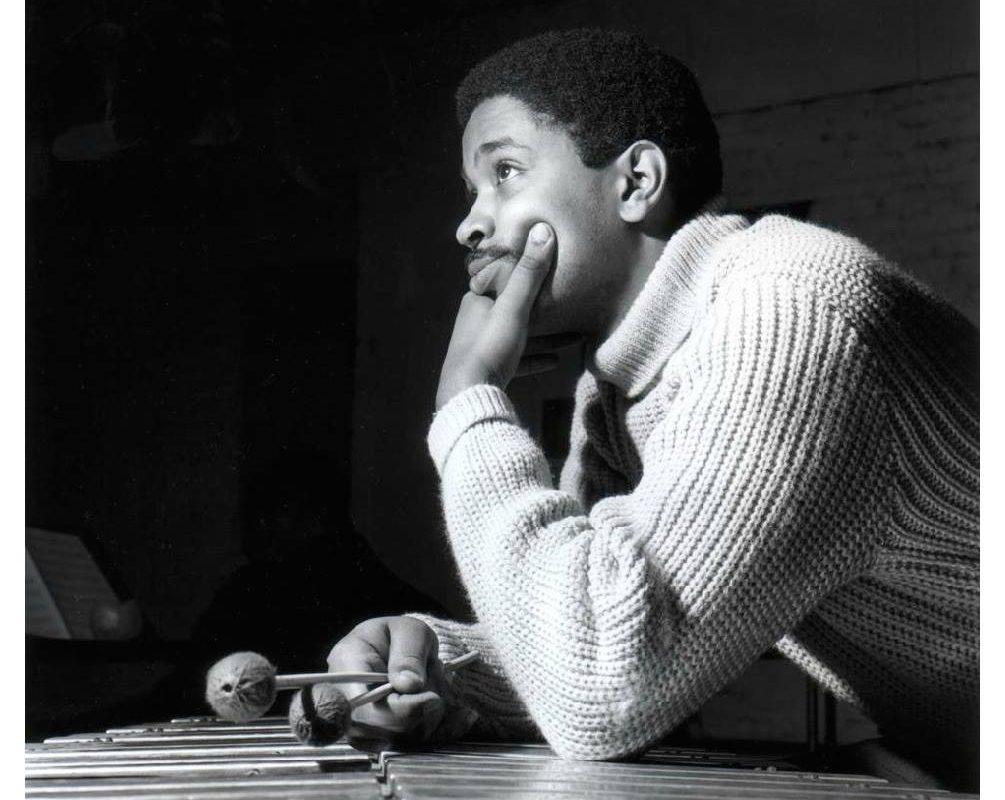 These might be the first five instruments a person not well-versed about jazz would think when asked about jazz, maybe even ‘guitar’, the first runner-up. While a majority people might not be able to single out any other instruments in a piece, the famous vibraphone player Bobby Hutcherson has become an idol of the post-bop genre. Following in the footsteps of the bebop vibraphonist Milt Jackson, Hutcherson is an influential vibraphonist for players both in his generation and the younger musicians of newer generations.

Bobby Hutcherson was born in Los Angeles, California, on 27 January 1941. He has been interested in jazz since his early ages. He starts to play the piano at the age of 9 with the guidance of his aunt but has then becomes bored with the strictness of the classical music education. His family has been more increasingly connected in the jazz world and this also shapes Hutcherson’s interest. His brother was a classmate of Dexter Gordon and his sister went to school with Eric Dolphy. His listening to Milt Jackson in ’Bemsha Swing’ in Miles Davis’s Prestige label album “Miles Davis and the Modern Jazz Giants” becomes a life changing experience. He decides to save up some money to buy himself a vibraphone. Bobby teaches himself how to play the vibraphone and works with Dave Pike, who became well known for his 1965 Atlantic label album “Jazz for the Jet Set” and the MPS albums he released between the 60s and the 70s. He starts to play with local bands such as that of the bassist Herbie Lewis and improves himself playing with young musicians such as Paul Bley and Scott LaFaro.

Bobby then plays with the successful sextet Grey-Mitchell in the famous New York club Birdland in the beginning of the 60s, and decides to stay in New York and to perform in this city. He performs with his sister’s boyfriend Eric Dolphy and Jackie McLean in 1963 in famous New York clubs and records his first Blue Note album for Jackie McLean’s unforgettable “One Step Beyond”. He accompanies trombonist Grachan Monchur III, drummer Tony Williams, bassist Eddie Khan and of course Jackie McLean on alto saxophone. Bobby replaces Jackie McLean’s long time pianist  Sonny Clark in this album and proves again that vibraphone can be a successful substitute for the piano. 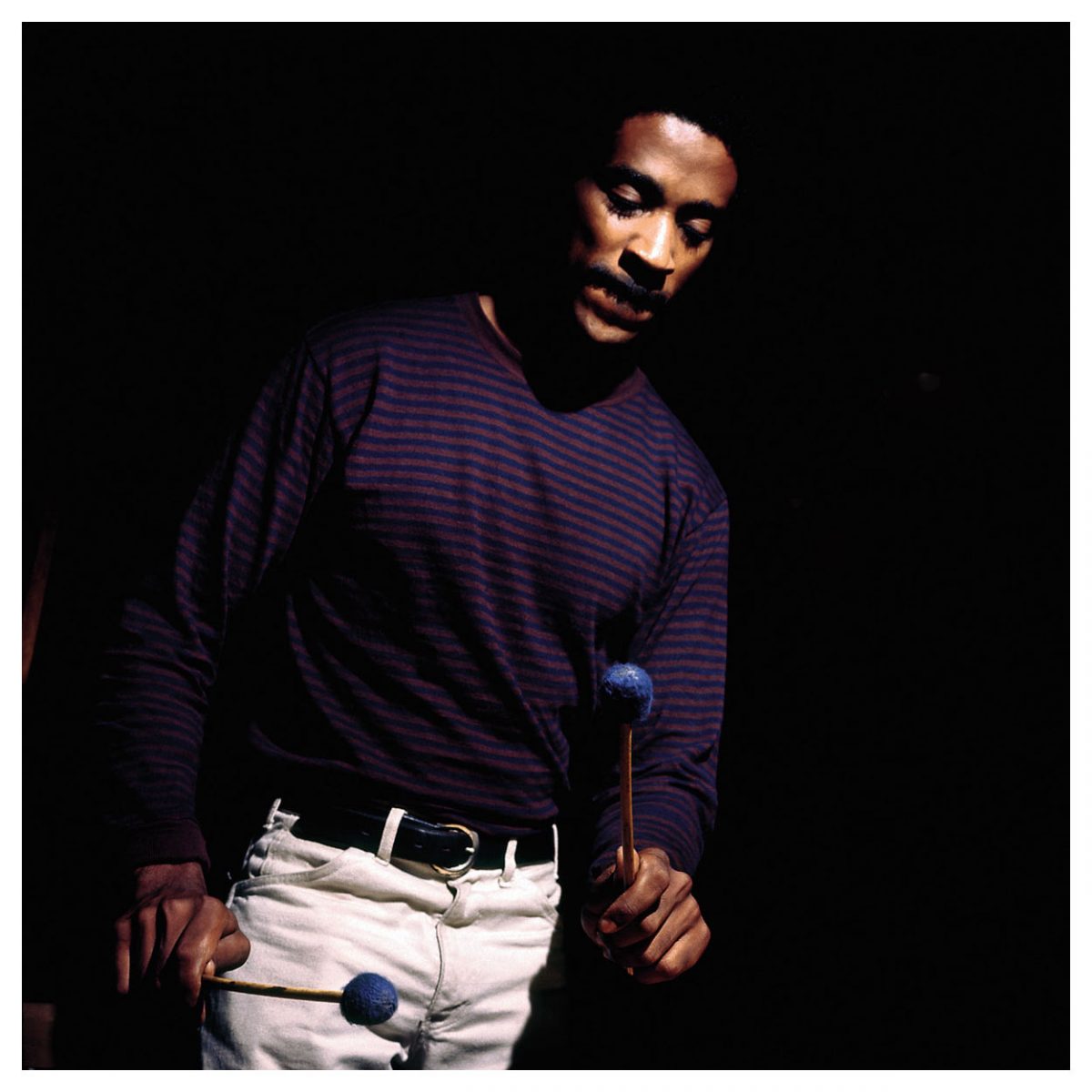 While this album has its roots in hard-bop, the influence of free-jazz and post-bop movements can be felt in some of the pieces. He has recorded again with Jackie McLean for his album “Action”, and then with Eric Dolphy for Dolphy’s unforgettable avant-garde Blue Note album “Out to Lunch!”, as well as for Andrew Hill, Grant Green and Dexter Gordon.

Right after the release of “Out to Lunch!” and during the same time period when Bobby is playing with Jackie McLean in prestigious East Coast clubs, one of the top predictors of Blue Note, Alfred Lion offers Bobby a contract. Bobby records his sensational album “Dialogue” in the famous Van Gelder Studios located in Englewood Cliffs on 3 April 1965. This album is produced by Alfred Lion and supervised by Rudy Van Gelder. Sam Rivers is on tenor saxophone, soprano saxophone, bass clarinet and flute; Andrew Hill is on the piano; Richard Davis plays the double bass and Joe Chambers plays the drums.

This album shows the classical Blue Note style of the 60s. After listening to it again, I found it very interesting that it doesn’t contain any pieces of Bobby as a solo group leader who has released his first LP. Three of the pieces in this album belong to Andrew Hill (some people even consider ‘’Dialogue’’ as a continuation of Hill’s Blue Note album ‘’Judgement!’’) and two pieces belong to Joe Chambers who is known also as a pianist and vibraphonist as well as being a drummer. The first track, ‘’Catta’’, like other Andrew Hill tunes brings outside chords with a 8/4 dance rhythm creating the perfect marriage of avant-garde and latin jazz. The solo of Freddie Hubbard at 02:39 is an all time favourite Hubbard solo of mine.

“Idle While” is one of the two Joe Chambers compositions in the album. This piece is perfect accompaniment to enjoying a cup of coffee on a rainy Friday night, following a busy work week. While you sit and go over your week, it also prepared you to an enjoyable weekend ahead. Listening to this piece on a hi-fi sound system, especially the incredible bass solo of Richard Davis, emphasises the feeling of avant-garde.

“Les Noir Marchant – The Blacks’ March” is an Andrew Hill composition that starts on a free mod structure, and the audience realises that they are listening to almost a jazz march even in the first few seconds of the piece. Bobby Hutcherson shows off his mastery in marimba. Even though this album mainly has a hard-bop and post-bop identity, this particular piece can be easily categorised  as free-jazz. Those who don’t like free-jazz might find this piece to be somewhat tiring or tedious, but those who love it will be more than satisfied.

The name of the album comes from the second Joe Chambers composition that is included in the tracks. “Dialogue” perhaps is the most mysterious piece in this album. Imagine an old American crime movie, where the police detective is having trouble locating a criminal and is starting to question himself in this quaint dark lonely house. “Dialogue” would be playing in the background. Bobby Hutcherson and Andrew Hill have an incredible “conversation” right around mid-piece. Sam Rivers’s bass clarinet solo is very intriguing.

“Ghetto Lights” brings about a feeling or a sense of Blues. Sam Rivers’s soprano saxophone solo during the climax of the piece, and Bobby Hutcherson’s solo are awe-inspiring. This is my favourite piece in the album, and would easily be in the Top 20 of 60s Blue Note album tracks.

“The Penguin Guide to Jazz” gives this album 5 stars as a typical Blue Note album and “crown”s Bobby Hutcherson. “Dialogue” is a must-own for any avant-garde or post-bop lover, or those who wish to learn more about these. This album belongs to the collection of all jazz lovers!