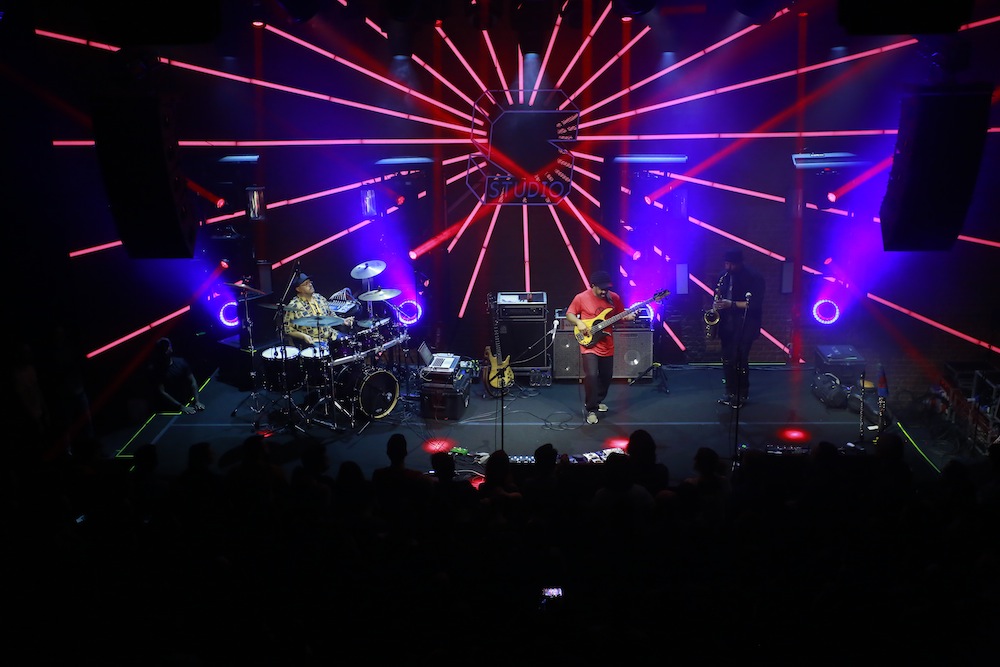 Lead by Victor Wooten, the wonderkid of bass, drummer Dennis Chambers and Bob Franceschini on tenor and soprano sax and flute, was on the Zorlu PSM Studio stage on 24-25 October.

There was a lot of people waiting for the 5 time Grammy winning musician and his band. The musician saluted the members of the audience and then presented Dennis Chambers and Bob Francheschini, while not forgetting to salute the master musician Stanley Clarke by saying “My name is Stanley Clarke, yes I am sure it is Stanley Clarke.” Then he asked “Would you like to travel to a musical galaxy with us?” and took the audience on a musical journey. 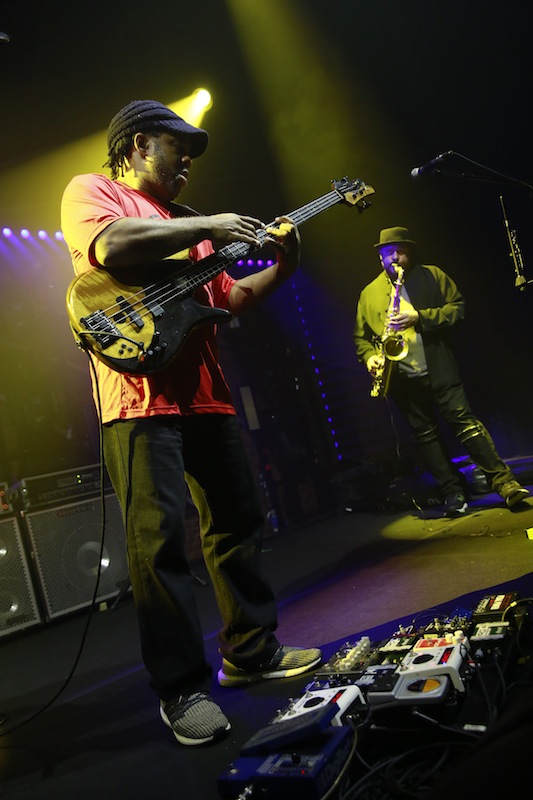 The concert started with Dc10 from Wooten, Chambers and Franceschini’s Trypnotyx. The band on the stage consisted of three people but the music sounded like it was being played by a quintet. Wooten expanded the music by using sound and synth samples he used in his album on the live stage. Franceschini enlarged his music with the harmonic and octave petals and delay/reverb effects. Dennis Chambers used his incredible technique, touch and energy as usual and wrapped the other two musicians with his strong sound.

The concert maintained this high level of energy. The members of the audience, who were recording the concert with their mobile phones during the first piece, were almost hypnotized and stopped recording because they were under the spell of music. Wooten utilized the stage fully and communicated with the audience incredibly. He was also somewhat like a naughty kid who joked as if he was about the throw his bass guitar towards the audience. Wooten occasionally loosened his string during bass solos, creating low frequency sound clusters. He also used synthesisers and effect pedals, at times sounding like drums and theremin.

The members of the band, which has been touring together for a long time, became giants in their own right when it was their turn to play solos one by one. Franceschini, who grew up in Manhattan in New York City and has started his professional career with Tito Puente when he was 17-18 and has worked with legends such as Mike Stern and Paul Simon, had a strong and dominant sax tone reminiscent of Coltrane’s. He also tried the boundaries of sound by using every single note from the lowest to the highest on the tenor sax. 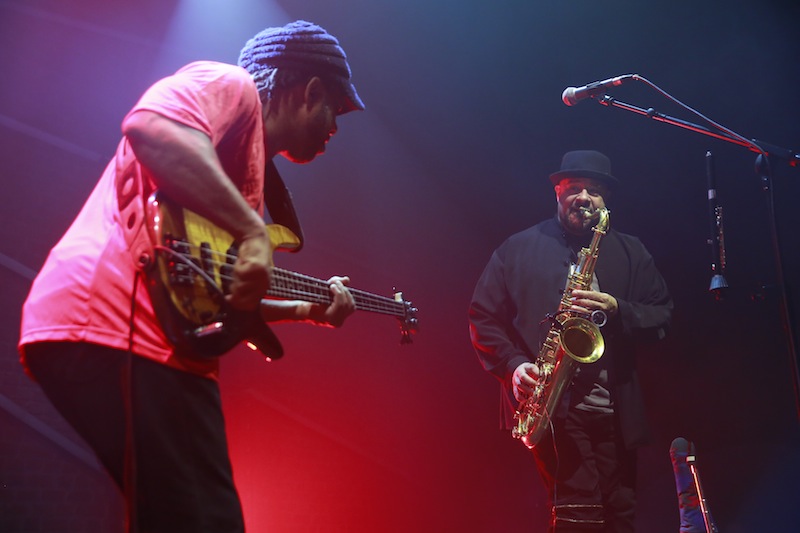 Dennis Chambers was the same old Dennis Chambers. He took us under his spell with his drum sound and groove. We had the opportunity to listen to a trio concert while enjoying the three legends at length because there were three master soloists at the concert.

The audience did not accept this high-energy concert coming to an end and the trio was on the stage once more for an encore. Victor Wooten signed everything from bass guitars to tickets and pickguards while the band was trying to return to the backstage after saluting the audience after their magnificent encore.