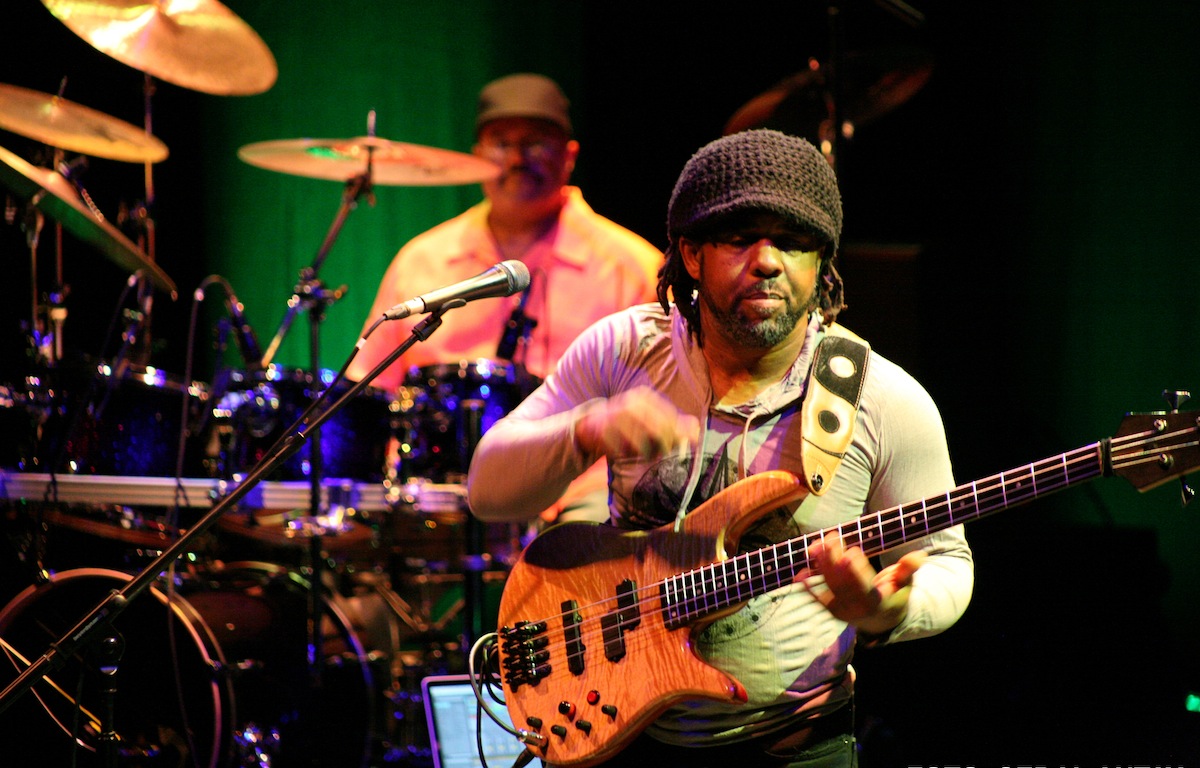 Warning: This review might irritate Victor Wooten or the fans of the music genre he plays. I should mention that what I wrote reflects solely on my opinions on the music performed during this particular concert. I listened to these masters play with different groups and have left their concerts with very different feelings and opinions.

I went to the 11 November 2016 “Garanti Jazz Green” concert “Victor Wooten Trio feat. Dennis Chambers & Bob Franceschini” in Zorlu PSM in order to write a concert review for jazzdergisi.com. I would like to mention this first, because this wasn’t a concert that I would normally prefer to go to for my own musical satisfaction. Even though I don’t like to classify music with genres, for the sake of using a common language; I feel a natural distance to genres called jazz funk or jazz fusion. I like and appreciate good examples of these genres, but that’s as far as it goes. 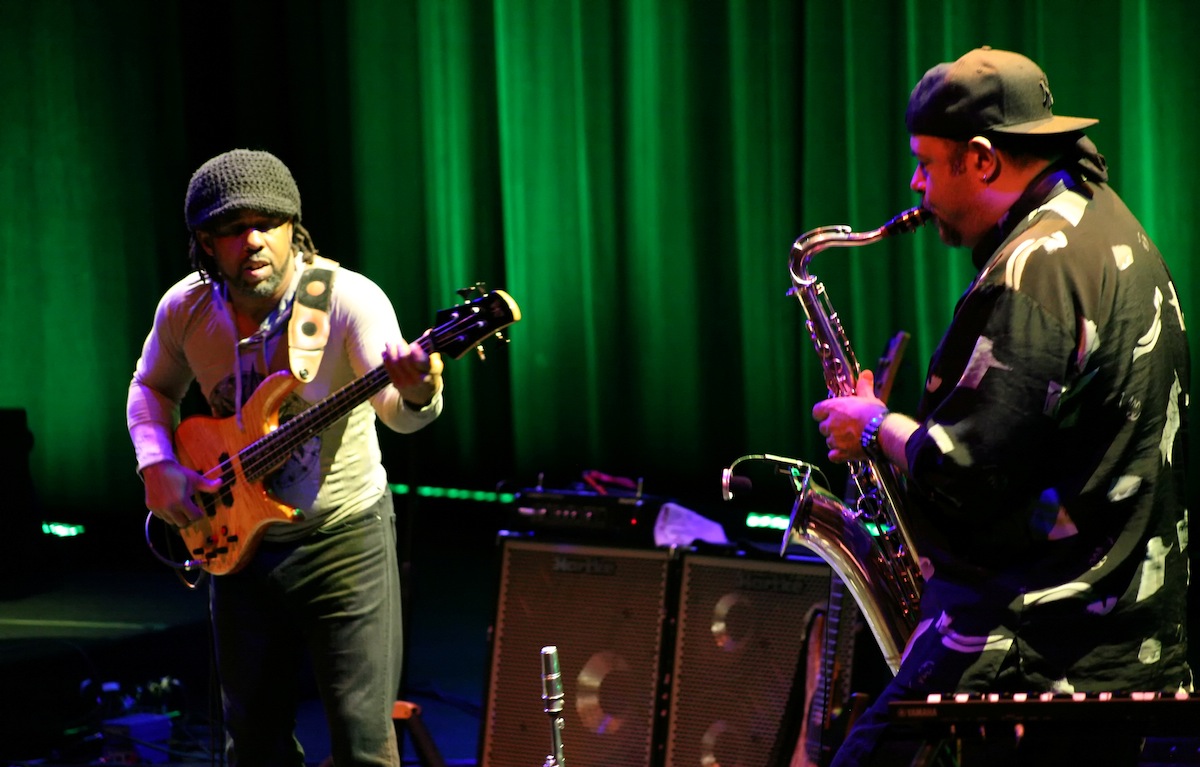 My initial opinion about the concert was that it was similar to “a ceaseless action movie”. Planes and helicopters exploded; looooong car chase scenes with many demolished cars and trucks passed before our eyes; huge buildings collapsed; our 3 heroes took what seemed like impossible risks and got through unimaginable dangers without a scratch, thanks to their magnificent techniques, and jumped from one adventure to the other… The movie technique, presentation style and production value were undoubtedly was top-class… However, I felt like asking “So?” both while watching the movie and when it ended: Where was the story? What was all this action for? Where was the depth of relationship between the scenes, the events, the characters? Where were the plot twists? Were we able to catch our breath occasionally in order to enjoy such a high tempo? Really, what was the story? And so on…

On the other hand, when I looked at the reaction of the general audience, I felt like “Either I am missing something, or I really did get old.” We all know that especially Victor Wooten and Dennis Chambers (and partially Bob Franceschini) are on the top of the food chain when it comes to their technique, sound, and their control over the language of the music they play. And these elements are usually enough to impress large audiences. The quantity sometimes gains importance over the quality of what was delivered. If we are to accept that music is a way of communication that transcends the rigid filters of humanity, we should accept that the fundamentally important thing is the content of what is being delivered, instead of how many bits of information it contains per second. If a poem, which is incredibly effective when read fast, loses its meaning and becomes ordinary when read slowly and diligently, we might conclude that “it isn’t a great poem after all.”

The subject of technique in music is like a double-edged sword. Learning the fundamental technique required, and pushing the limits of the pre-defined techniques of the instruments, as in the case of masters like Victor Wooten and Dennis Chambers, require so much focus and effort that before you realise the technique becomes the end-goal instead of the tool that gets you there, and it surpasses the content, the aesthetics, the musical quality.

A friend, who will remain nameless because I didn’t take their permission, told me an anecdote that took place in Berklee years ago during famous trombonist and educator Hal Crook’s Ensemble class. After they played a couple of pieces, Hal Crook told my friend “I have a good and a bad news for you; good news is you have a great technique. And the bad news is you have a great technique.”