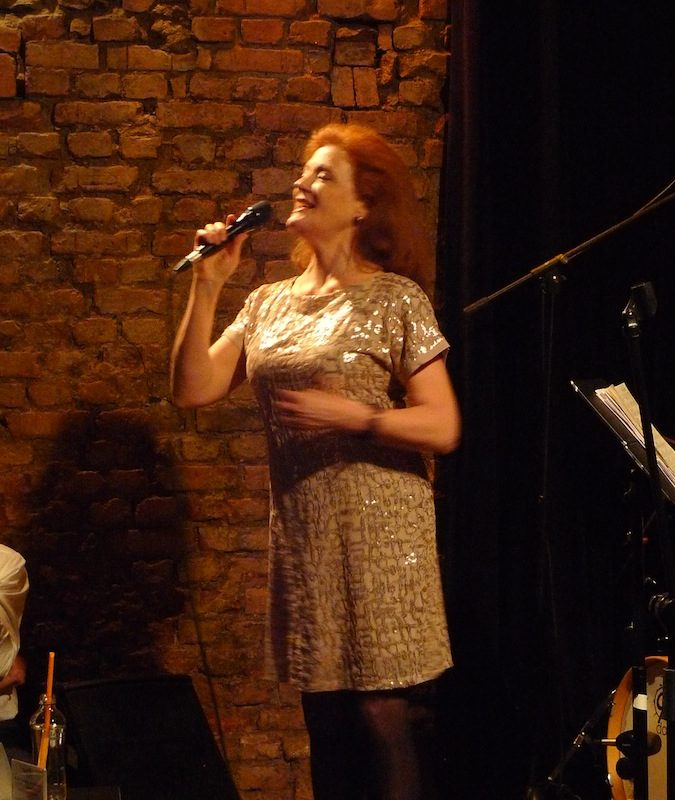 Judy Niemack is a world renowned vocalist, instructor, lyricist, composer and most importantly an inspirational voice instructor to many young talents who are in awe of her incredible scat singing technique. Niemack performed at Nardis Jazz Club during the World Jazz Day in April as a guest of Bahçeşehir University Jazz Academy.

As Dan Morgenstern puts it, Judy Niemack is a true musician who uses her voice like an instrument, creating her own language and style. Following her classical vocal training, Niemack was deeply influenced by tenor saxophonist Warne Marsh, who was following in the footsteps of Lennie Tristano.
“I was the first vocalist student of Warne. He treated me like a wind instrument. He asked me to notate solos of composers like Charlie Parker and Roy Elridge. I learnt improvisation from him. He would tell me not to compose during improvising.”

Judy then trained with alto saxophonist Gary Foster at Pasadena City College and completed her education at New England Conservatory and Cleveland Institute of Music. She continued to work with Marsh when she returned to Los Angeles and recorded her first album with him. 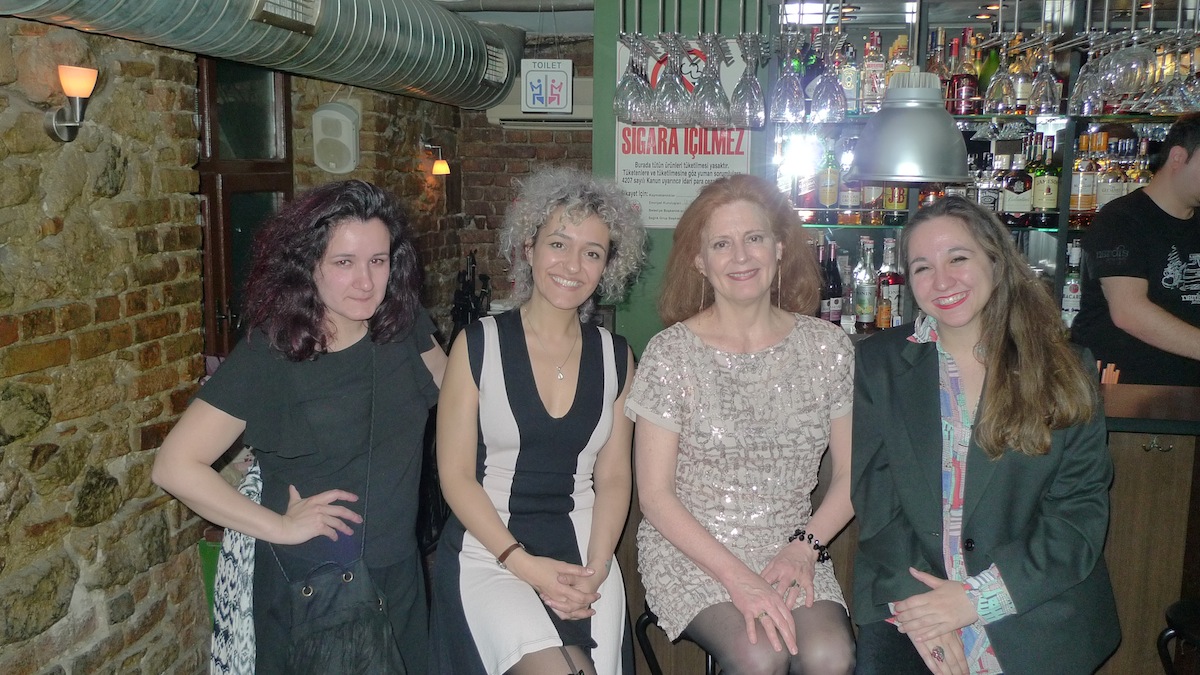 Judy also started to teach vocal technique and improvisation around these years. Ever since then, she has been known as the most effective and influential jazz instructor and one of the most important names in jazz vocal coaching in Europe. New School For Jazz, William Patterson University, Long Island University and New York City College are some of the schools she has taught at. She became the first vocal professor at Hanns Eisler Music Conservatory (now known as Jazz Institut Berlin) after moving to Europe. Judy has been teaching vocal improvisation in Europe, South America, USA and Asia for 40 years. She is not only known for her incredible style as improvising like a wind instrument, but also as the improvisation curriculum she developed for young vocalists she has taught.

In her own words;

“I am open to all forms of vocal improvisation. I want to improve my expertise as much as I can, push the boundaries and carry my art to new creative areas. This is a new era and the time to create new forms of music.”

Niemack has compiled her experiences, knowledge and her improvisation curriculum in the 3-volume method/CD book series that was published by Hal Leonard—namely, “Hear It & Sing It! Exploring Modal Jazz”, (2004), “Jazz Vocal Standards feat. Judy Niemack” (2006) and “Hear It & Sing It! Exploring the Blues” (2012). We had the opportunity to attend one of her vocal improvisation masterclasses that she gave in BAU Jazz Academy. The curriculum in  “Hear It and Sing It! Exploring Modal Jazz” and “Hear It and Sing It! Exploring the Blues” has been constructed to teach vocalists how to vocalise and internalise common scales used in jazz improvisation and thus improve their vocal technique and improvisation skills. According to Judy, the most important aspect of successful improvisation is “ear”. It is important that the vocalist hears and recognises the scales of any chord in order to improvise on chord changes. “Hear it and Sing it” method aims to teach the students to recognise the auditory colors, mode and scale of every chord. By focusing initially on major scales, and the improvisation possibilities for blues, this method helps the vocalist to internalise this knowledge and use it in their own repertoire.

The education, in this aspect, consists of two parts. The first part is “Hear it and Sing It! Exploring Modal Jazz”. Niemack first summarises the pioneers of modal jazz in order to explain her emphasis on modal jazz. According to her, modal jazz depends on its predecessor as much as it is a reaction to it. New Orleans jazz and swing and bebop are harmonically and melodically complex and require expertise and talent. They consist of up tempo 1/8 notes and harmonic tensions. Modal jazz, at the same time, is a reaction to this previous music. Pioneers of modal jazz, such as Miles Davis, Bill Evans and Gil Evans, first looked into classical music composition and tried to find new structures for improvisation. This lead them to re-deliberate on their own approach, and to improvise on a single chord with long scales. This approach would help them to meditatively, freely and diligently think and improvise on tonal colors. All this lead Judy to use tools of modal jazz in her vocal improvisation curriculum.

During the masterclass, we worked on breath exercises, body stance and control, vocal warm-ups and vocal techniques following learning about theoretical descriptions concerning modes and scales. Judy showed 8-minute vocal warm up techniques using harmonic minor, dorian minor, ionan, dominant and bebop scales. She showed specific patterns before moving on to working on improvisation with students. She then did a Q and A, and helped the students internalise various improvisation patterns through interactive practice on scales and modes. 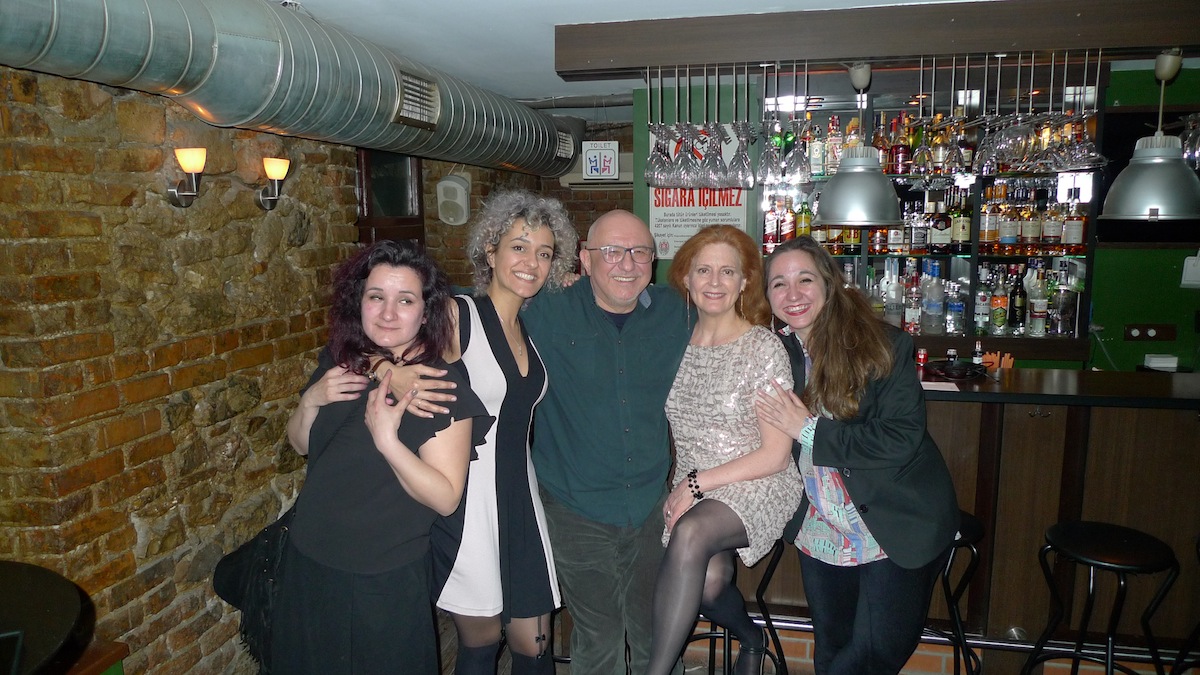 At the last portion of the masterclass, Judy showed modal jazz improvisation techniques on jazz standards. She asked the students to work on improvising with John Coltrane’s “Impressions”,  Miles Davis’s “Fredie Freeloader” and “So what”, Freddie Hubbard’s “Little Sunflower”. Following this, she listened to every attendee one by one and gave constructive criticism on their vocal techniques, sentences, their command over the style, variations, and their improvisation skills.

The second part of Judy’s scat singing method is  “Hear it and Sing it! Exploring the Blues”—an important method on how to sing blues and blues improvisation. This method was designed for teachers and students who attend vocal jazz programs. It teaches step-by-step blues lyrics, blues forms and harmony, blues scales and improvisation techniques through a new repertoire. This new repertoire includes Dexter Gordon, Johnny Griffin, Gigi Gryce, Julian Priester and Norman Simmons pieces whose lyrics have been written by Judy, as well as original pieces composed by Judy Niemack and Sheila Jordan. In the second part of the masterclass we listened to and analysed blues forms, blues scales, pentatonic scales, blues repertoire exercises, blues riffs through works of important blues musicians.

Judy showed that she is an incredibly valuable musician and instructor during this day-long masterclass and represented one of the most important ideas in her generation among musician peers; to live music with passion and lyricism and to share her musical accumulation with the younger generations…

In her own words;

“Our generation is possibly the first generation to enthusiastically share their knowledge with the young vocalists. Do you know what brings me the biggest joy in teaching? You are surrounded by music everyday, all day. I love being around younger vocalists and helping them, guiding them through their journeys.”

Note:
Judy Niemack will be giving a three day seminar, an expanded version of this two-part masterclass, in BAU International Berlin between 28-30 July. For more information, please contact jazzakademisi@sas.bau.edu.tr

A Jazz Journey at Stanford University