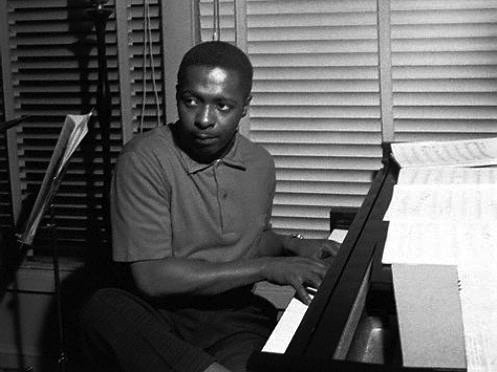 I picked my first guitar among colourful, shiny and different models that I haven’t seen before: a classic black and white coloured Fender Squier Stratocaster. I adamantly asked my father to buy me that guitar. Even the salesperson was surprised by my persistence for some reason. It was placed on the back of the more elaborate guitars lined up in the front to attract the customers. It was standing there by itself sadly, as if it was talking to itself. “What is this?” I asked “I want to try this one and hear its sound!”

How many years ago was that?
I don’t really rememeber.

I haven’t let that guitar out of my sight since then. We walked through many different branches of music together, we caused many people headaches together as well. When I felt like it was time, I gifted my guitar to my nephew, in whom I saw a future due to his talents. He once showed me a photo of himself with the guitar, and I saluted my old friend with a smile silently.

Wynton Kelly have been just like this guitar for me; just like my old guitar, he stayed silently in the corner, and after many years, hit my heard right in the bullseye when I heard his notes, just like a quality guitar whose sound spoke to me. It is very important to find something “special” in every moment of life. Finding Wynton Kelly and listening to the stories he tells have always been special for me. 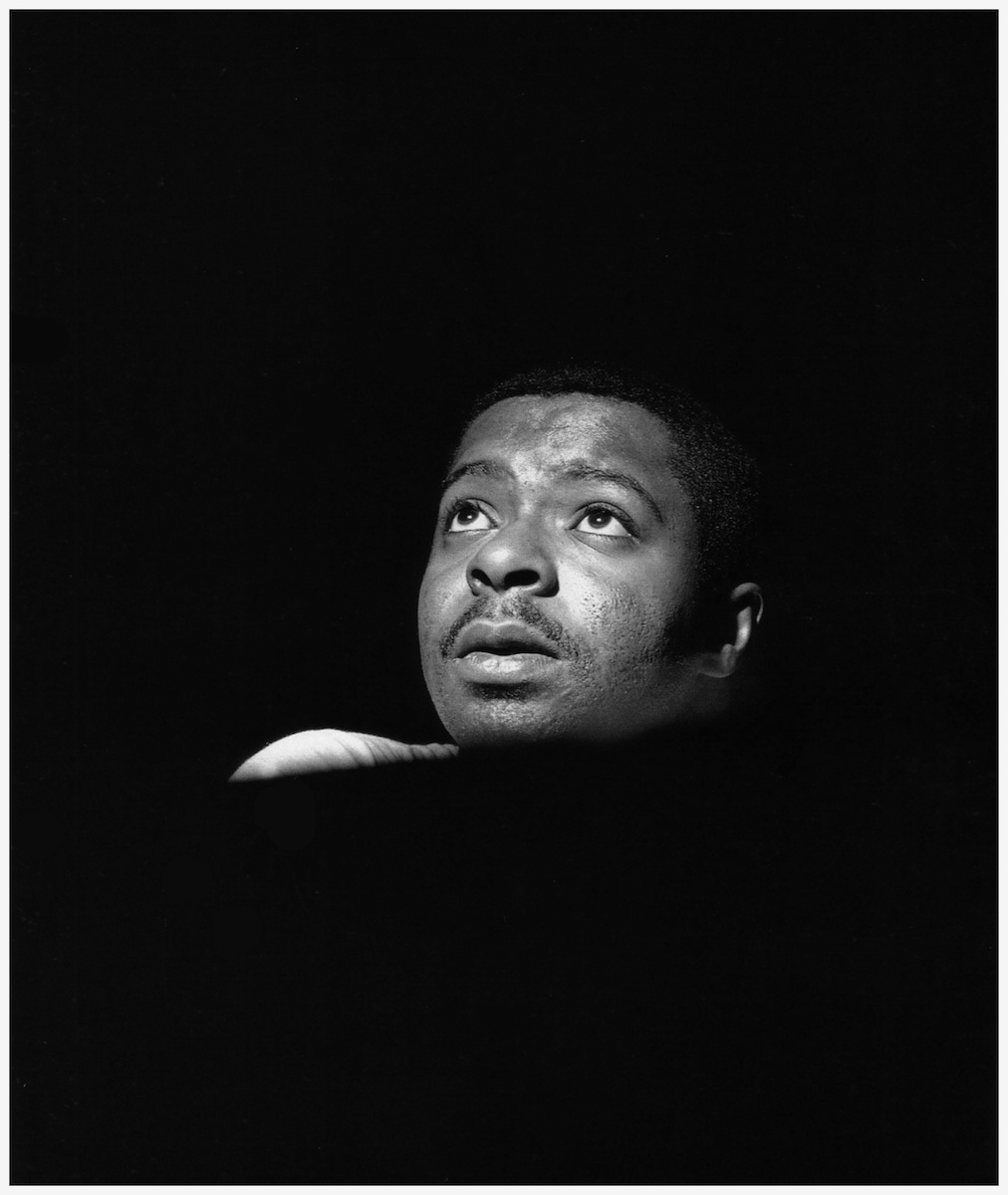 Wynton, one of the most prominent musicians in America, was born in British West Indies, Jamaica, in 1931. He starts playing music with no education at the age of 4, the same year when his whole family moves to the States. He goes to a mediocre school in Brooklyn, followed by a classical music education at The High School Music of Art in New York. He wasn’t satisfied with his education: “High School was actually a very good school, but they wouldn’t let us use the piano. I would become familiar with the double bass, and try to learn theory in the meanwhile.”

Even though the school has provides with limited means, Wynton shows everyone that he was a quick learner who keeps on improving himself, and gains his first professional experience as a musician in 1943, at the young age of 13. He works with Ray Abrams and his band, which was touring the Caribbean and many R&B musicians like him at the age of 15, while also playing in several local churches. His first professional album is the famous R&B and jazz saxophonist Hal Singer’s 1948 single “Cornbread”. This single had been the number 1 in the Billboard’s R&B list back in those years. This achievement doesn’t go unnoticed, and Wynton quickly becomes one of the most important bandmates of many famous musicians. The first to jump on this bandwagon would be Dinah Washington, who would include Wynton in her band in 1951.

Wynton starts his real professional life as a jazz musician around the same years, by releasing his album “Piano Interpretations” through Blue Note.  In this album, Oscar Pettiford and Franklin Skeete play the double bass, and Lee Abrams plays the drums. Wynton also continues to play regularly in Lester Young and Dizzy Gillespie’s orchestras. He successfully plays and immortalizes “Blue Skies”, which is a Irving Berlin compositon, and Gershwin Brother’s composition “They Can’t Take That Away From Me” in Dizzy Gillespie’s Savoy album “Dee Gee Days : The Savoy Sessions”.

He continues to play with Dinah Washington and Gillespie Big Band orchestras, and is unable to resist the temptation of the ‘cool’ movement. One night, Miles Davis sends Red Garland ‘to take a break’, because Red is known to make the band wait and cause delays. Wynton steps in and plays the piano instead. He quickly becomes a part of Miles Davis Quintet, and several months later records “Freddie Freeloader” for the legendary 1959 CBS/Columbia record “Kind of Blue”, which is possibly the most important album in the history of jazz.

He also signs his name under the famous “Naima” in Coltrane’s first Atlantic album “Giant Steps” in the same year, and Hank Mobley’s career defining Blue Note albums “Soul Station”, “Roll Call”, “Workout” and “Another Workout” the following year. Wynton wants to focus on his own music, like every musician, while working with Miles Davis, and records albums for VeeJay as a trio with Paul Chambers on the double bass and alternating between Jimmy Cobb and Philly Joe Jones on the drums. During the Verve years, he includes Kenny Burrell as the guitarist to his trio, and shows his wide musical perspective to his listeners by including strings to the idea of ultimate jazz. He works with the famous German arranger/composer Claus Ogermann, a name mentioned frequently and respectfully by Kerem Görsev during his many interviews, for “Comin’ in the Back Door”. His magical notes on the piano shape many Riverside albums of Blue Mitchell (“Out of the Blue”, “Blue Soul”, “A Sure Thing”). 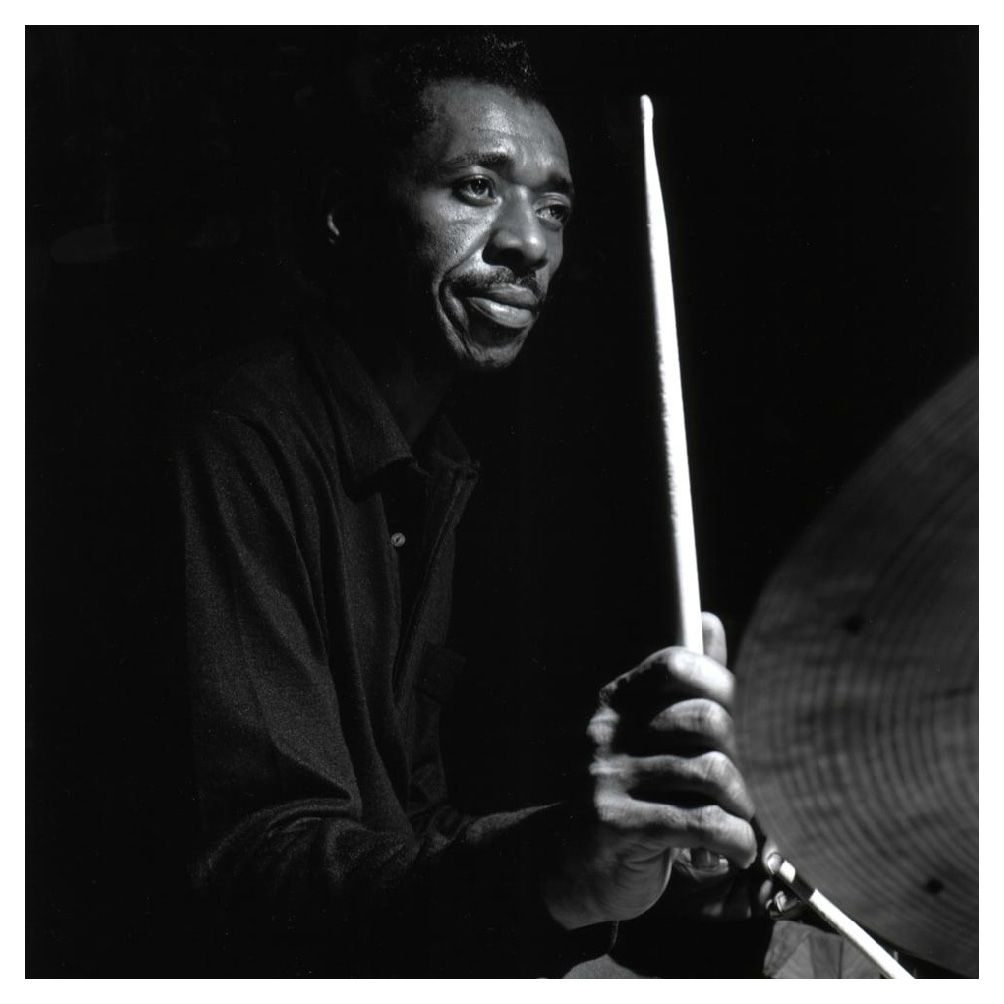 I have always seen Wynton as a “genius standing alone in the corner”. This valuable musician’s first album for Riverside, and his second album in general, “Piano” is produced by Orrin Keepnews. This album shows the listeners how “swing” should be through the fingers of a young musician. The band consists of old friends, of course: Kenny Burrell on the guitar, Paul Chambers on the double bass, and Philly Joe Jones on the drums.

Benny Golson’s legendary “Whisper Not” (this album has been alternatively published with this name as well) is interpreted with a different and tasteful perspective in this album. After listening to its countless interpretations, I can easily say that this version with Kenny Burrell, Paul Chambers and Philly Joe Jones is one of the best. Kenny Burrell’s solo on the third minute is incredible with its swing in Whisper Not! 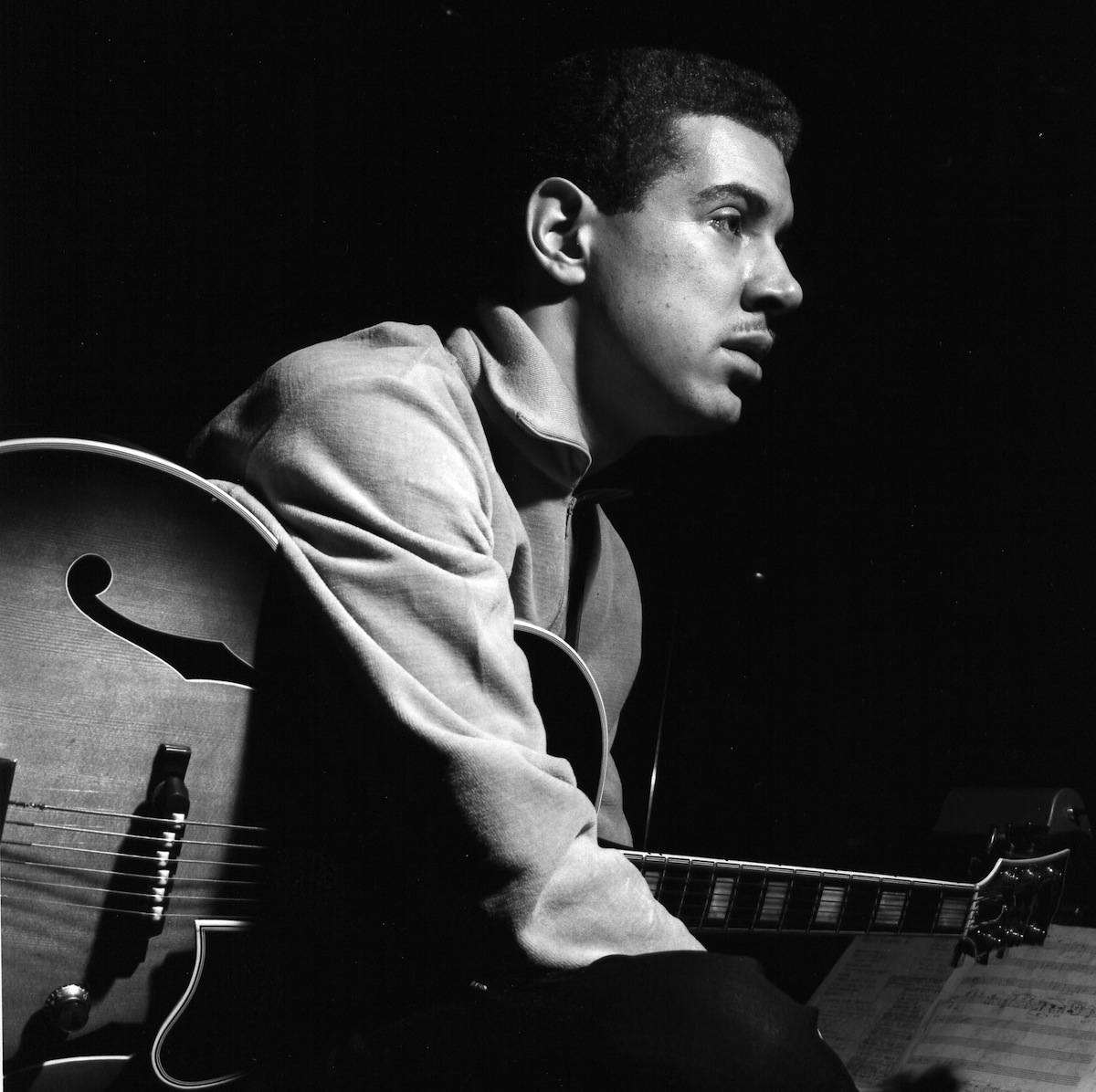 “Action” starts similarly to a march, and then lights up like a wild fire and takes the listener away to a far away place. Paul Chambers’s bow solo and Philly Joe Jones’s interactive drums solo with Kenny Burrell is interesting.

“Dark Eyes” has been one of the sweetest jazz standards that I have listened to for a long time. Philly Joe’s switch from brush to drumsticks is pleasant, and there is a great live hammond performance of this most dynamic piece of Jimmy Smith during his performance at “Cool Blues”. This could be a piece to chase away the Monday blues, during the car ride back home after a tiring workday.

Philly Joe Jones isn’t performing in the pieces that follow Dark Eyes, but Wynton’s block chords and Paul Chambers’s successful walking make up for his absence. “Strong Man”, composed by Oscar Brown Jr., is one of the two ballads in the album. It is the perfect piece to listen to on a rainy day with mug of coffee or hot chocolate, while listening to the trickling rain on the window, reminding one’s own existential feelings about life.

“Ill Wind” is a collaboration between Harold Arlen, the famous composer of the Great American Songbook piece “Over the Rainbow” and Ted Koehler, who is the pushing force behind his success. This piece is a must-listen for all double bass players. Paul Chambers performs his best solo in this piece, and it is followed by Kenny Burrell’s technically “cleanest” solo. While we are on the technical topics, let’s mention that while the recording quality of Whisper Not is questionable, the mixing of Ill Wing is possibly the best in the album.

Bille “Lady Day” Holiday wrote her famous jazz standard “Don’t Explain” after seeing lipstick marks on her husband Jimmy Monroe’s shirt collar one night. After a rendition of this piece, this unparalleled album draws to an end with “You Can’t Get Away”, which is of course reminds me of a full-house Nardis night during the performance of Ercüment Orkut, Kağan Yıldız and Önder Focan. 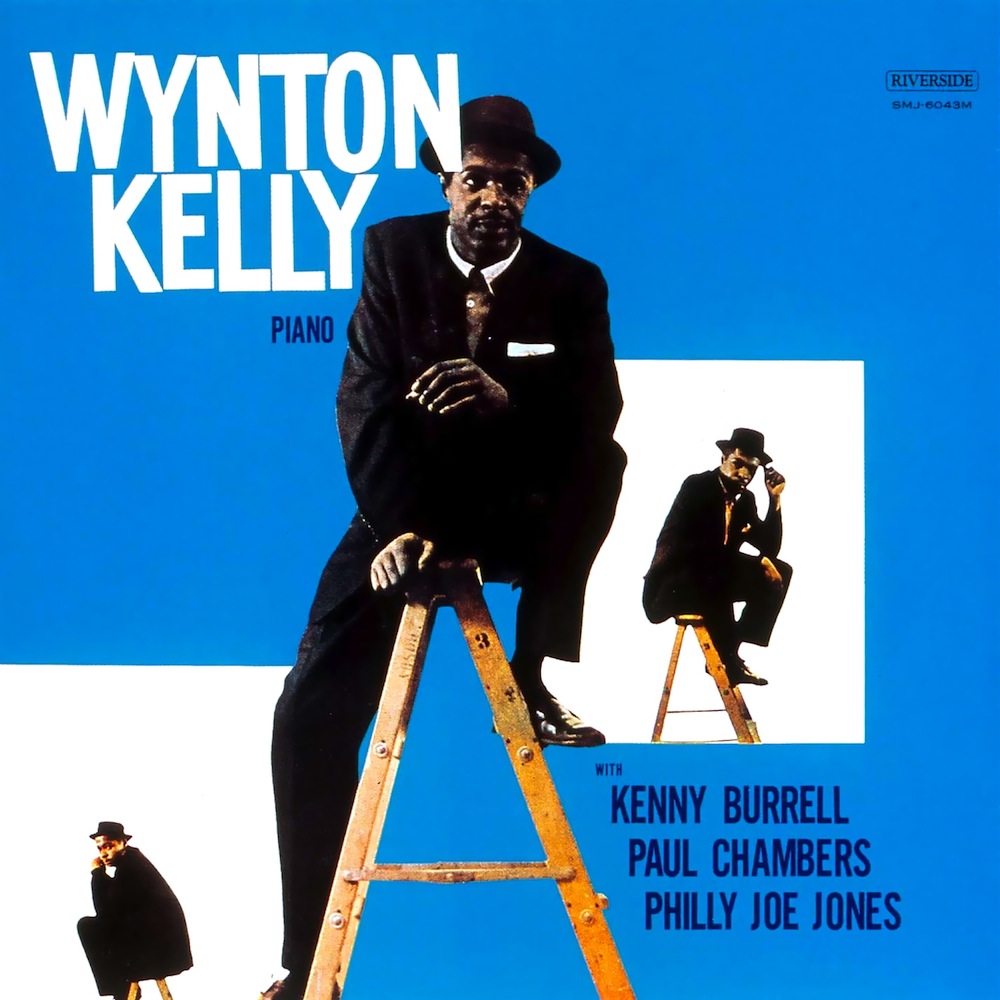 Wynton Kelly unfortunately suffers an epilepsy episode in his hotel room in Canada, and passes away at the young age of 39, for a very sad and unexpected reason, just like Glenn Miller’s disappearance from the skies while flying from the UK to France during World War II, Charlie Parker’s pneumonia, or Eric Dolphy’s diabetic shock that he suffered in his Berlin hotel room. This album is his gift to all music lovers, who will want to keep playing this album back to back on their LP players.

Don’t look too far to listen to a special album.

Wynton Kelly and “Piano” might be a good pick for you.