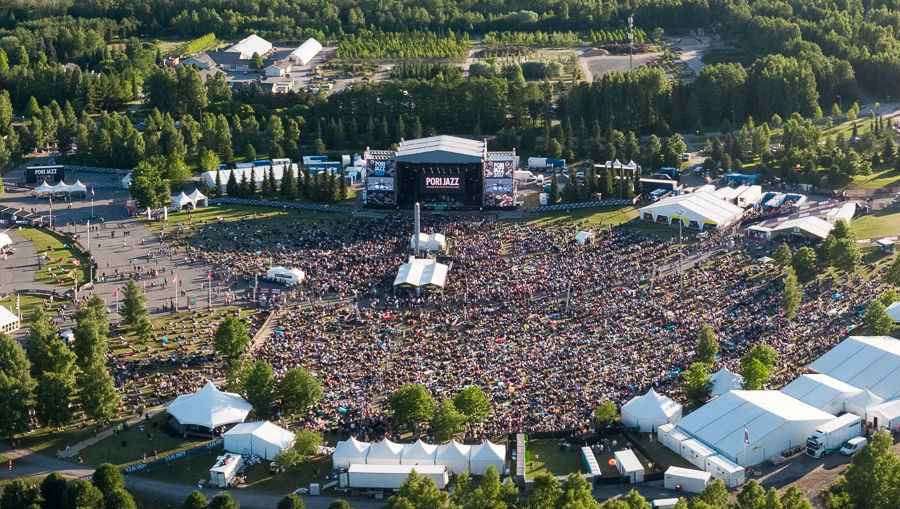 The 52th edition of Pori Jazz Festival in Finland took place between 8-16 July this year.

The festival, attended every year by a crowd of 120-160 thousand people, showcased 81 musicians and bands who gave 110 concerts in total on 2 small and 3 big stages. We attended some of these concerts for our readers.

Lahitapiola-Lava is an open-air venue facing the river which can accommodate a crowd of 1000 people with 500-600 seats available. The customers of nearby restaurants and bars can easily watch the events. The concerts took place between 12:00-22:00 every day from the beginning of the festival until its end. Mostly local groups performed, one of which was Pori Big Band. The concert of Turkish-Finnish musician Anni Elif and Edith Södergran took place on this stage on the 12th of July, Wednesday. We listened to Sointi Jazz Orchestra and Jaakko Laitinen & Vaara Raha. Another concert we attended here took place on the 14th of July, Friday, was performed by pianist and composer Riitta Paakki Quartet, who also performed at Nardis in 2010. 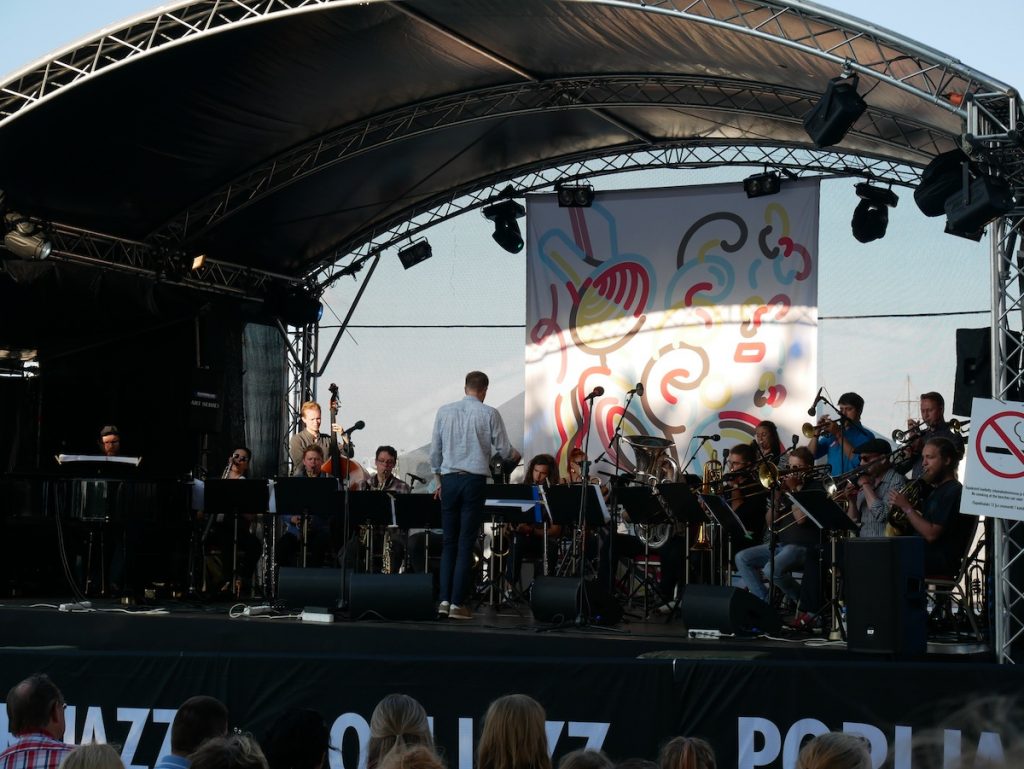 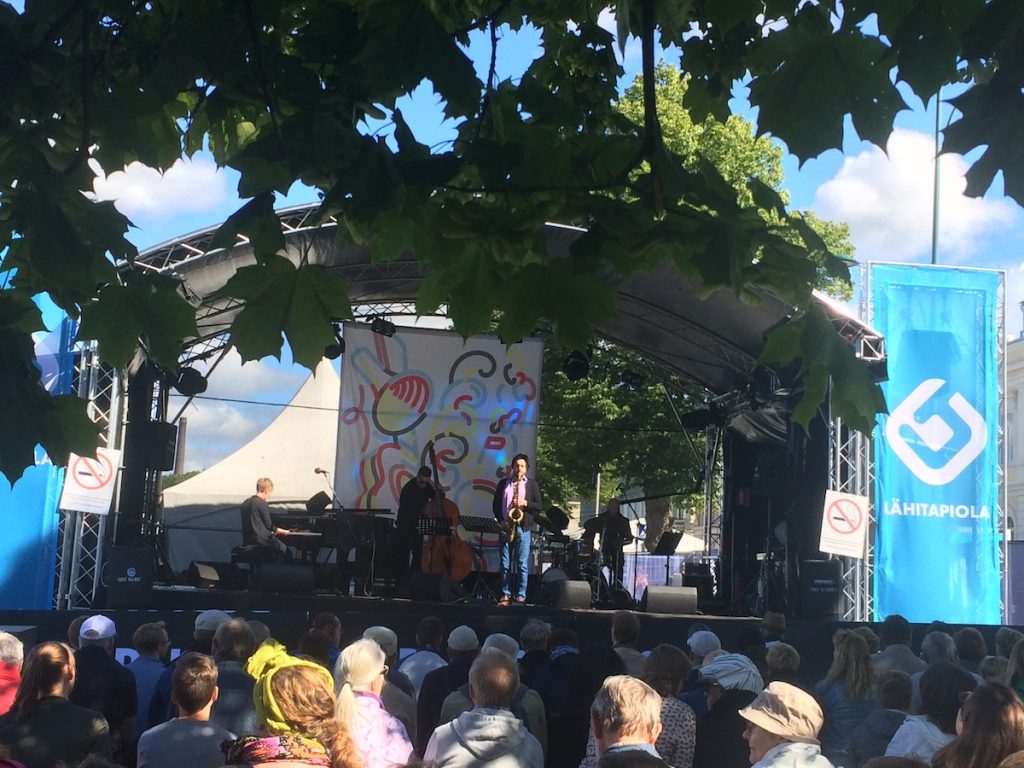 Cafe Jazz was the only participating establishment in the festival. Just like Salon in Turkey. It can accommodate about 200-250 people. The house band played the opening gig every night at this venue. After that, a local band took place, and the evening drew to a close with the house band once more accompanied by guests. Ambrose Akinmusire performed on the only evening I missed. Reiska Laine Band and Önder Focan performed a sold out concert on this stage on the 11th of July. We also listened to Rönka-Tuuri-Heinola Trio here, it was an unforgettable concert. The concerts which started at 21:00 went on until 04:00 with jam sessions. 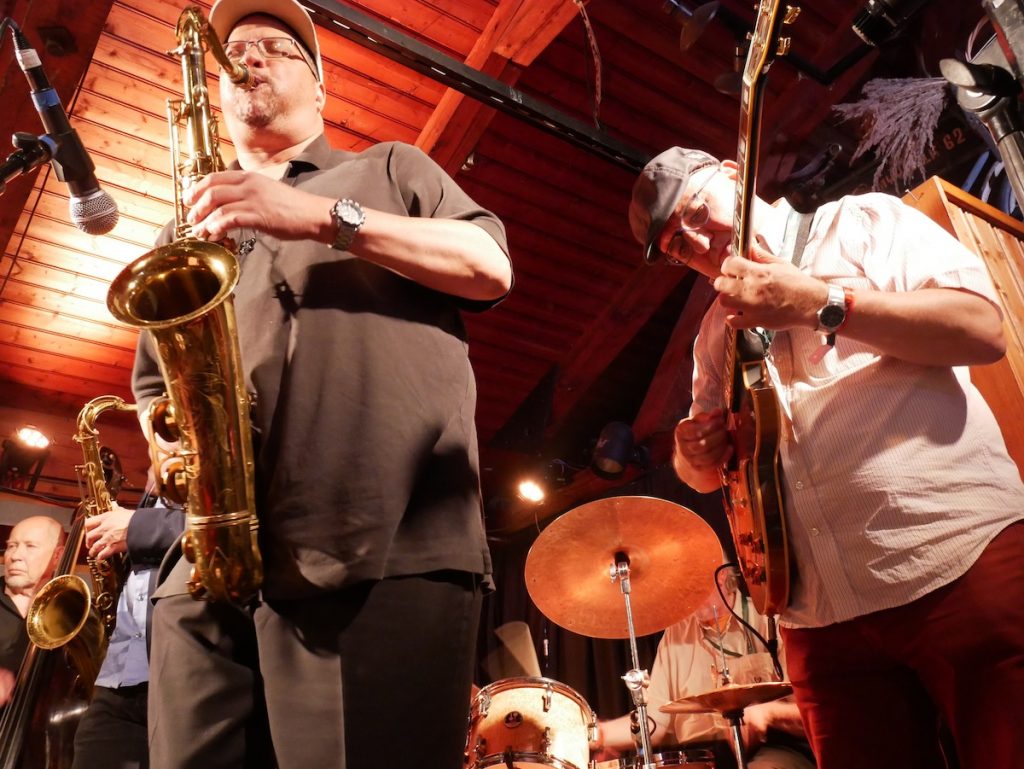 The other venues were on an island. These concerts can be accessed either with a daily or a combined pass. Bringing food is allowed into the venue but the same does not apply for alcohol. There were 3 stage areas set up in this lush green area. The big stages hosted concerts on the last 3 days of the concert, and Julian Lage Trio’s was the only concert we couldn’t get enough of on the Lokki Stage (Lokkilava). He played pieces from his latest album as well as some from his previous ones. The unity of the band was incredible. Julian Lage embellished his extraordinary technique with musical sentences. The biggest missing element this year was the complete list of the musician names on the program pamphlets. These lists which did not list all the band members gave attentive audience members like us a tough time. That is why I cannot write down the names of an incredible bassist and drummer, both of which we have heard for the first time here. Following Julian Lage’s performance, which we didn’t want to end, Bill Frisell Trio took the stage. He was accompanied by Tony Scherr on the double bass and Kenny Wollesen on the drums. Bill Frisel’s repertoire consisted mainly of country songs that he recently took an interest in. However, I should note that we found this repertoire rather boring. 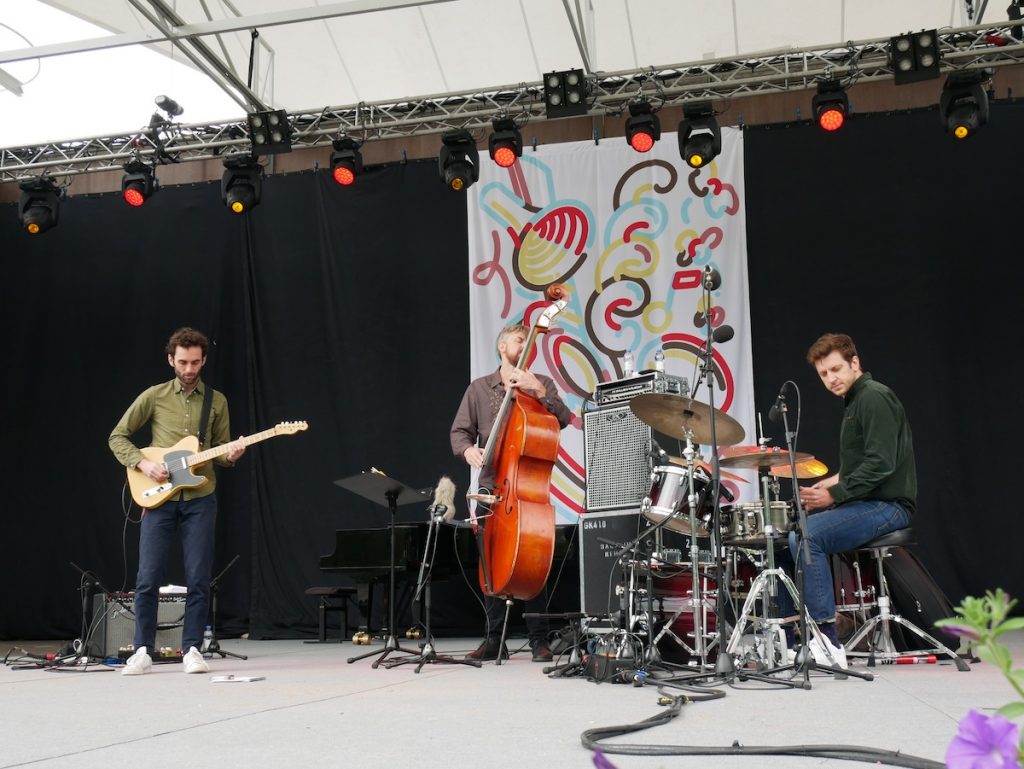 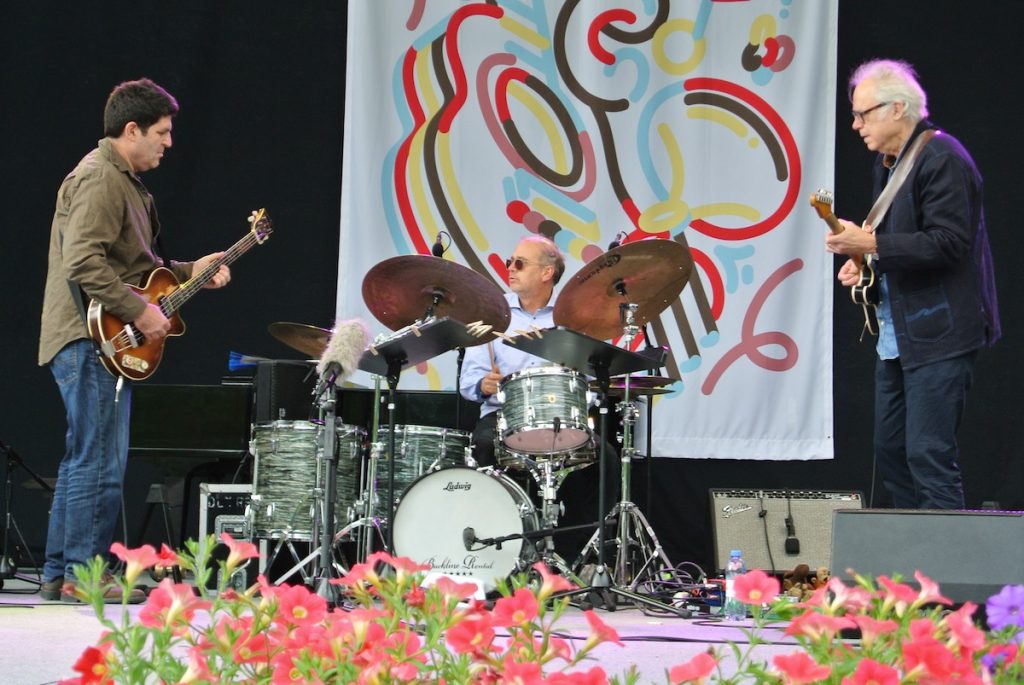 Main Stage (Paalava) is the biggest. We listened to Herbie Hancock Quintet first in this venue which can accommodate 60 thousand people. He was accompanied by Lional Louke on the guitar, James Genus on the bass, Vinnie Colaiuta on the drums, as well as by multi-instrumentalist Terence Martin who played the saxophone, keyboard and vocoder. Herbie Hancock’s dynamic attitude on the stage received a lot of attention while he showed us that he always is after new and fresh ideas in his music. 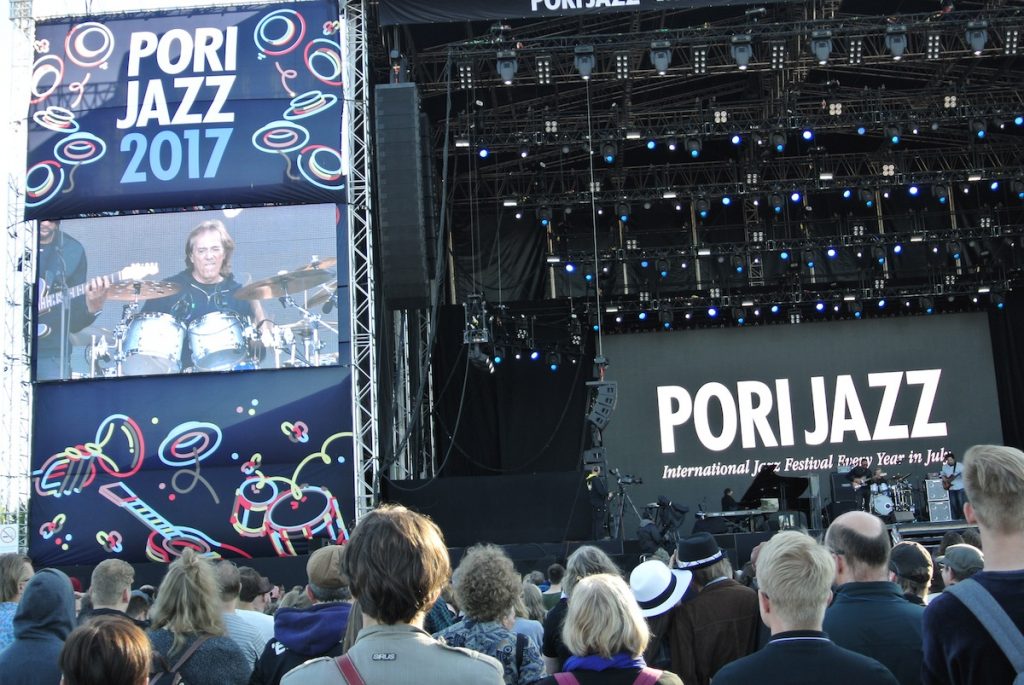 Jose Gonzales gave an incredible solo concert which received a lot of attention after Herbie Hancock Quintet on the River Stage (Jokilava) which is entered through the main entrance on the same island. The Bad Plus, on the other hand, performed on the relatively smaller stage on the island. We were very hungry and thirsty at this point, so we ended up listening to Bad Plus from afar. I still managed to watch the last 4-5 pieces from the front rows. Jamiroquai performed the same day on the Main Stage and filled the entire area. Partly also due to the weather, the place was completely filled by the listeners. The charismatic singer performed his beloved songs with his weird light-up headpiece which kept opening and closing during the performance. He made the audience join along and sing. 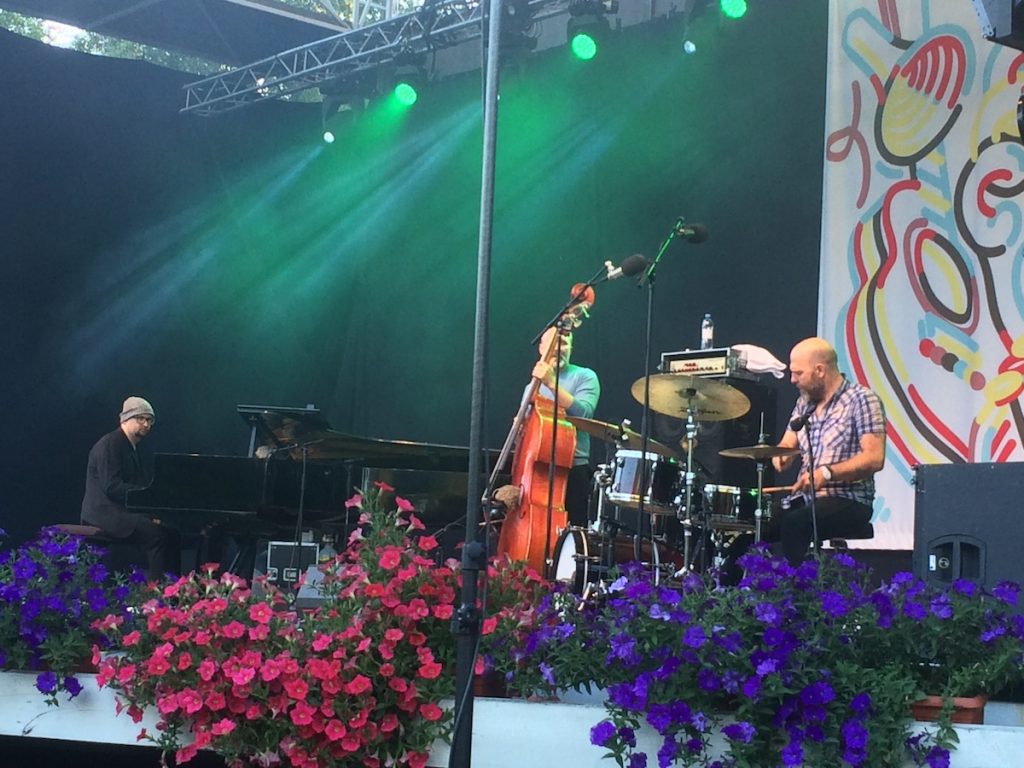 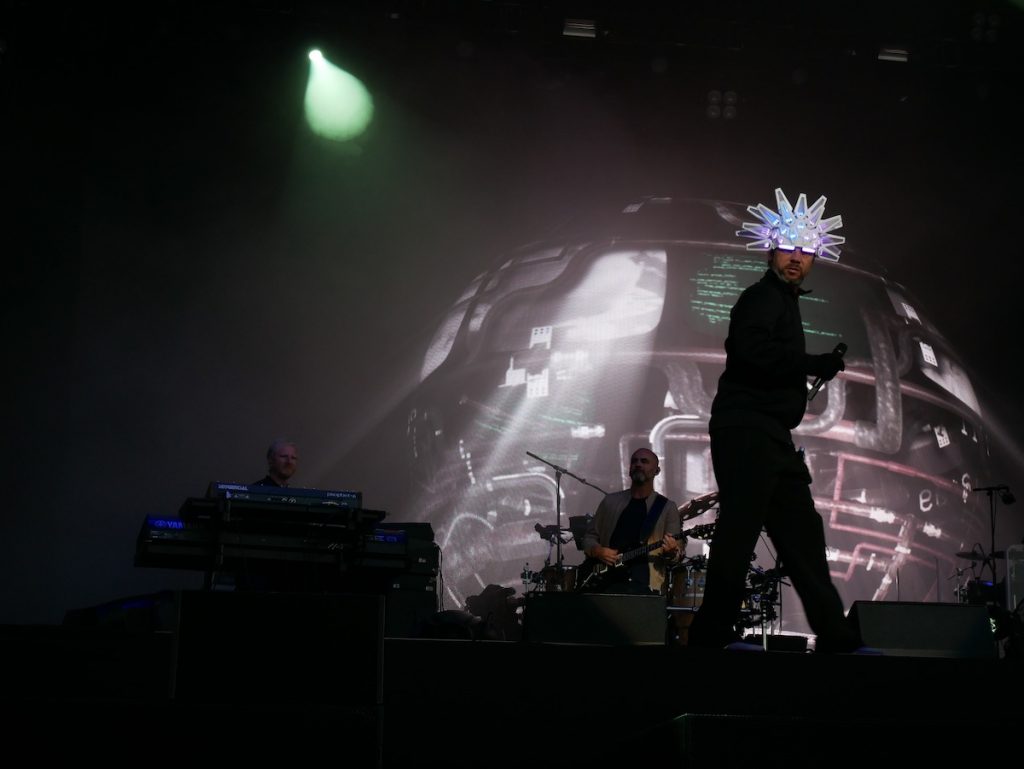 We were on our way to the island (Kirjurinluoto) once more on the final day of the festival. The concerts, which could easily be heard on the small island path and its surroundings, started at 13:00. Uruguayan-British singer and song writer Michael Kiwanuka attracted a lot of attention with his solo concert at 15:00.

Our goal was to watch the Jethro Tull concert which was to take place on the same stage. The musicians and audience both abided by the program schedule, and the timing of the concerts went without any hiccups. The stage was prepared quickly for the next musician or band, and the concerts started exactly at the declared time. Though I should note that the only delay happened with Chaka Khan. Ian Anderson seemed even more intellectual and wise to us than he did back in the day. His jokes and opinions about current happenings made us laugh and think at the same time. His songs were like that too. He didn’t stay still for a second on the stage and gave a performance that was unexpected from someone at his age. He played his flute while leaning on his knee again. He played his old guitar as masterfully as he always does. He was in perfect synch with his new and young band. He told the audience how proud he was of his band members. They played all of their beloved songs, playing a set that lasted about an hour. They played a shorter version of Thick As A Brick, which usually lasts about 20 minutes. For the encore they played Aqualung. The listeners seemed very satisfied. 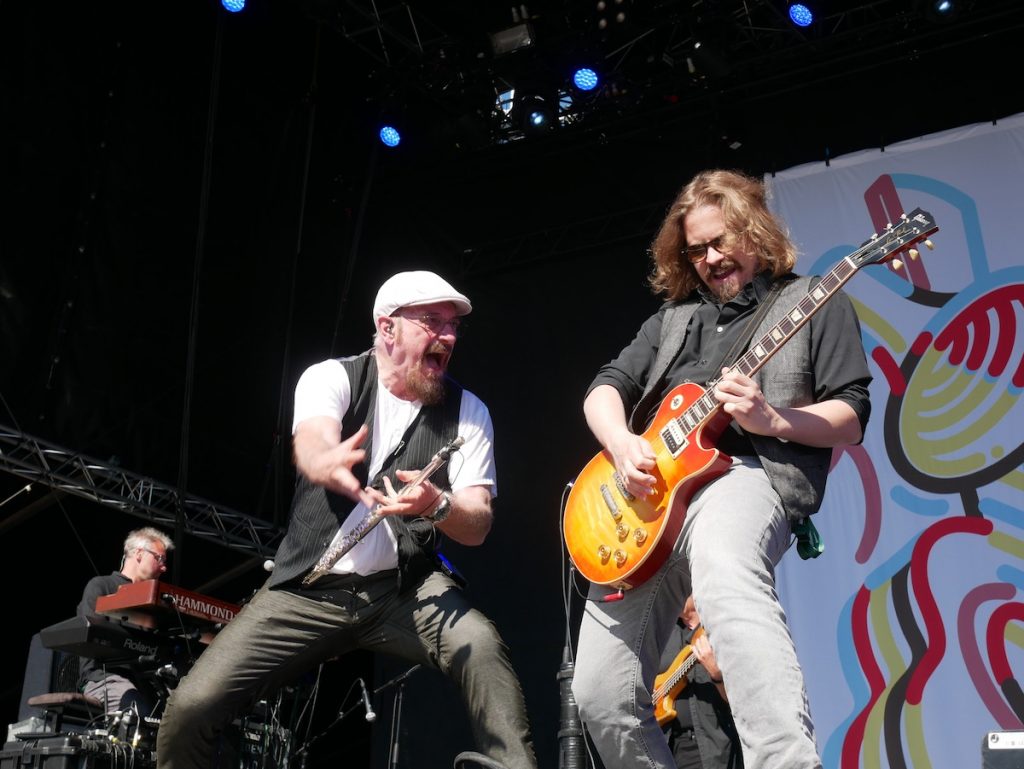 As we were getting ready to move towards the Main stage to watch Chaka Khan, we noticed that the stage quickly was redone after Jethro Tull and Cory Henry & The Funk Apostles were on the stage. We ended up staying and listening to a few of their songs. They were a really great funk band. The sky never gets dark in the summer season and the Main Stage concerts continued with Chaka Khan and then Grace Jones. However, we had to leave before the concerts ended. We made out way through to Korona Bar to listen to Önder Focan’s last concert in this small city which was filled with people. 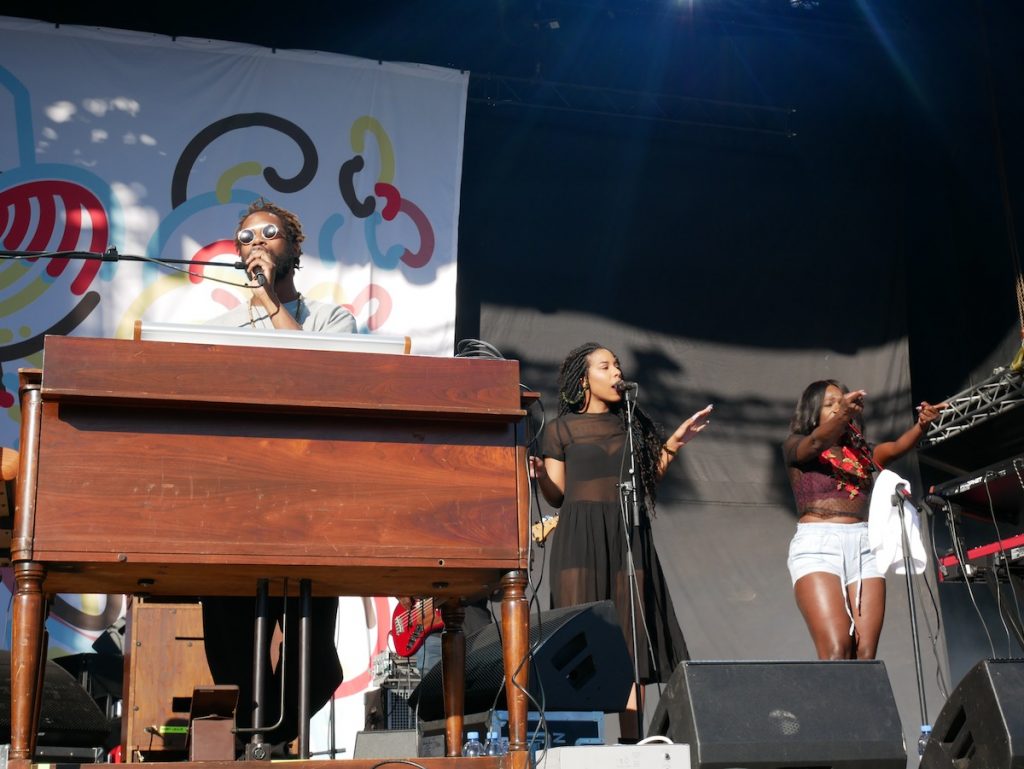 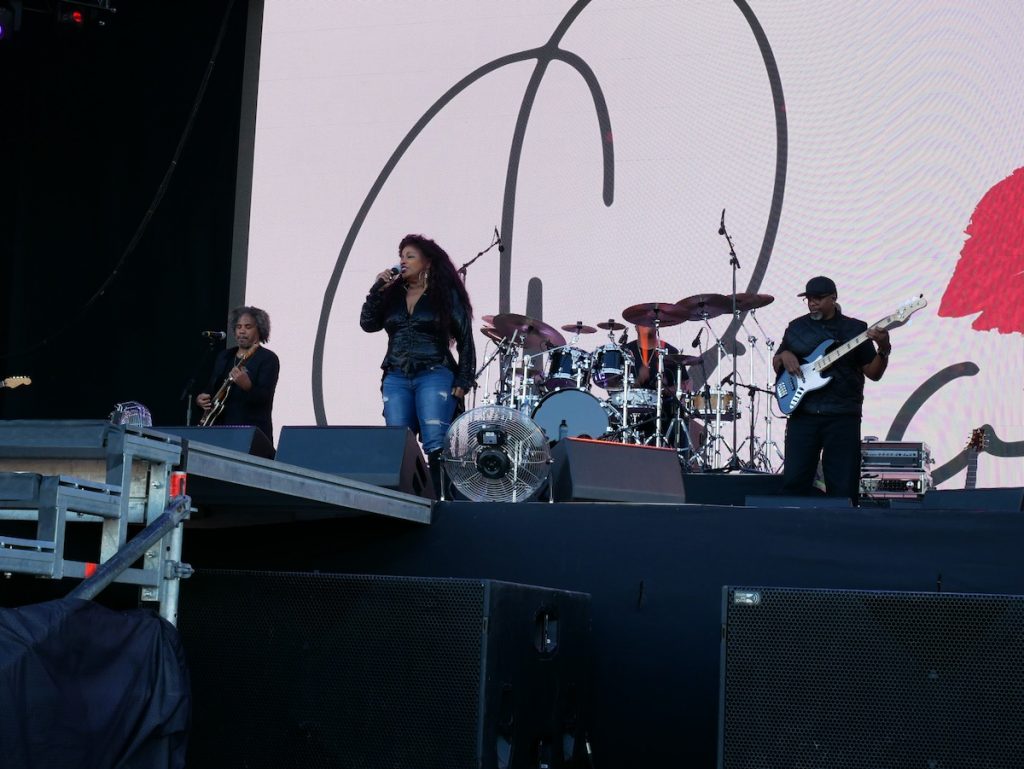 I think this festival, which we have attended almost every year since 1996, is one of the most successful open-air festivals. However, the fact that summer festivals seem to lean towards more popular names has been heavily critiqued. Without delving into this topic I wish to express my opinion that I support looking for ways to listen to more jazz instead. It is my biggest wish to be able to attend next year’s festival which will take place between 14-22 July 2018.