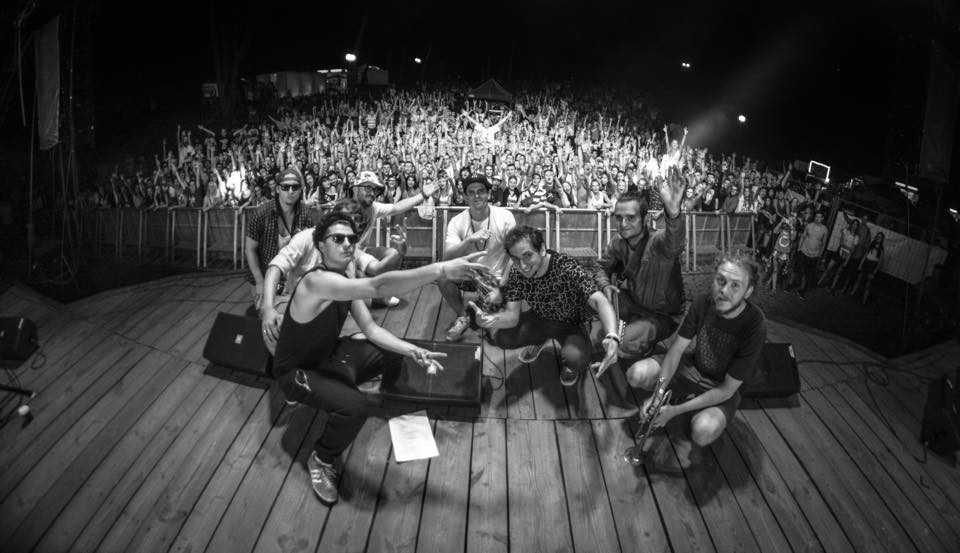 I have always admired resistances and the resistant. “The pain and prohibitions Poland has suffered in its history is well known; but despite all these hardships, jazz—which was prohibited during the Second World War—became the symbol of resistance for both the musicians of the era and the Polish people. And jazz persevered through the intense efforts of the people after the years that followed the war.” I heard these sentences from Piotr Matla, one of the founding members of the Polish Jazz Foundation, who came over to me at a bar in Warsaw, and I was moved.

I repeat; I have always admired resistances and the resistant.

I have also always admired Polish jazz, possibly due to this reason. It might be too assuming to claim this, but I don’t think there are any Polish jazz musicians left that I do not know. However, there is a band that I discovered during one of the dim and chilly evenings in Wrocław; my life changed after this discovery. Seriously! I want to change your lives too and I will write about this band in this article. 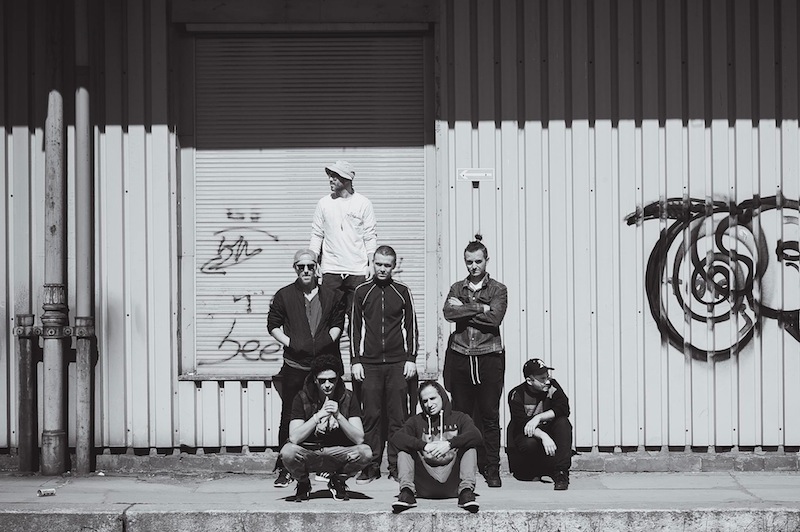 This crazy group of 7 people, incredibly talented and young musicians, are very well known in Poland these days. Sometimes chaotic, sometimes mellow, sometimes a little sad. They describe themselves as the innovative faces of modern jazz and their pieces steer clear of cliches, focusing more on the experimental and based on improvization as well as on a musical perception that revolves around a variety of genres. They finally released their album, which I had been waiting for, in May 2017: “Repetitions; Letters to Krzysztof Komeda”.

The album makes references to the jazz legend Krzysztof Komeda, as its name suggests, but it is very unique, innovative and creative at the same time. If you question whether jazz and hip-hop could ever go hand-in-hand; this album is the proof that they could wonderfully coexist. these young people took Krzysztof Komeda’s music, they respectfully saluted it, added lyrics and showcased their talents of improvization in addition to these. There is also a big surprise in the album! Legendary jazz musician Michał Urbaniak accompany them in the piece called ‘Free Witch and No Bra Queen’. What else could one ask for? 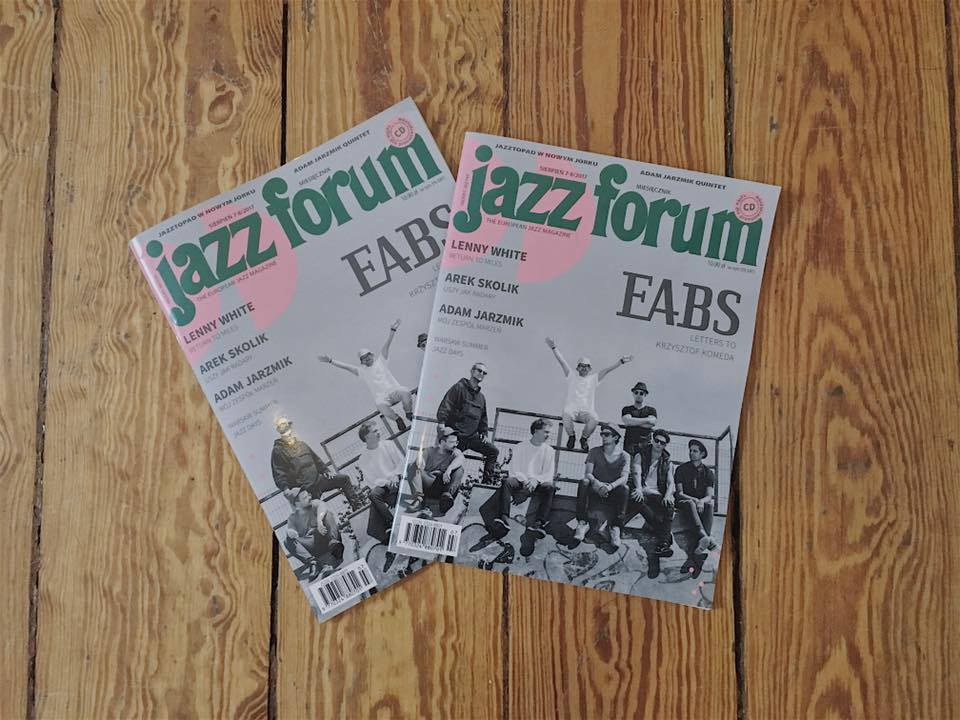 This album made a bang in Poland and the band was on the cover of the most popular jazz magazine Jazz Forum’s August issue. They have been collecting whatever jazz awards there are in Poland in these past few months, and getting invitations to festivals left and right! I watched their performances more than once and I never get bored; however, I thought of something while watching them. Why don’t we invite these young musicians to Turkey? Arrange a good organization, extend invitations to them? I am sure they would readily accept, because I asked them at the end of one of their concerts. They said they would love to! I thought of this while listening to them with my eyes closed: Şallıel Bros. and Orçun Sünear sharing the same stage with EABS—what a feast it would be! They would be great together. This is an announcement from a jazz fan to music lovers and organizators!

Let’s keep it short and proceed to their songs. The album is available on Youtube and Spotify. Those who wish could order it on

(I bought it; full support to art and artists!). Their most popular song is ‘Knowledge’ these days. I think those who know Komeda would instantaneously like EABS. My favorite is ‘Step Into the Light’. Or Ya da ‘Private Conversation VIII’. Or maybe ‘Perły i Dukaty XIV / Repetition’. Or ‘Pingwin VI’. How about ‘Waltzing Beyond (The Song on the Day the World Ends)’. I am not sure, all of them! Enjoy. 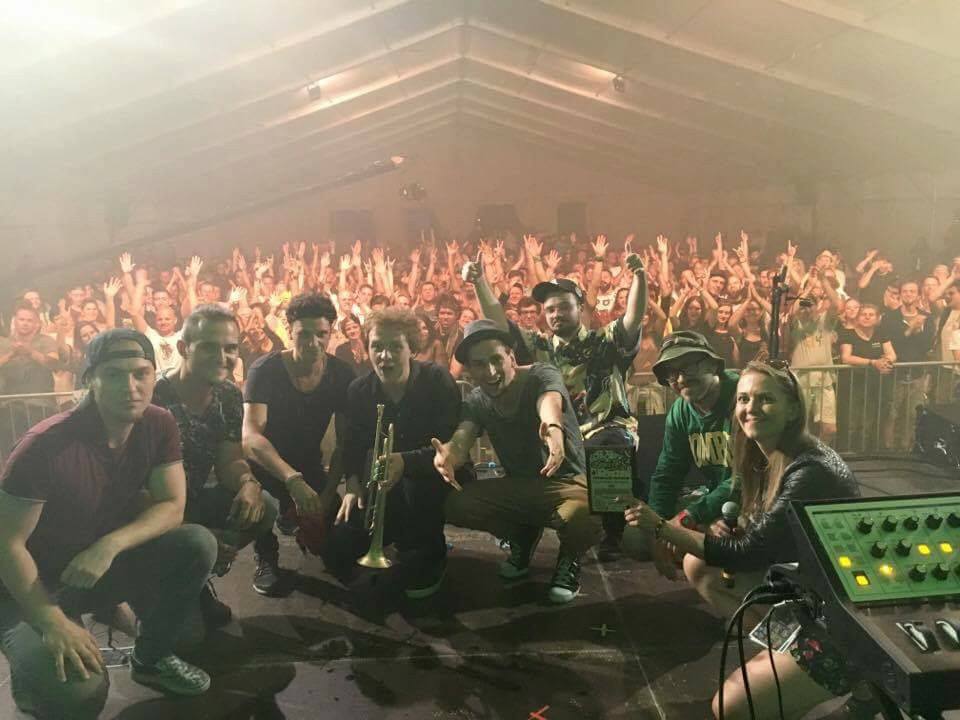