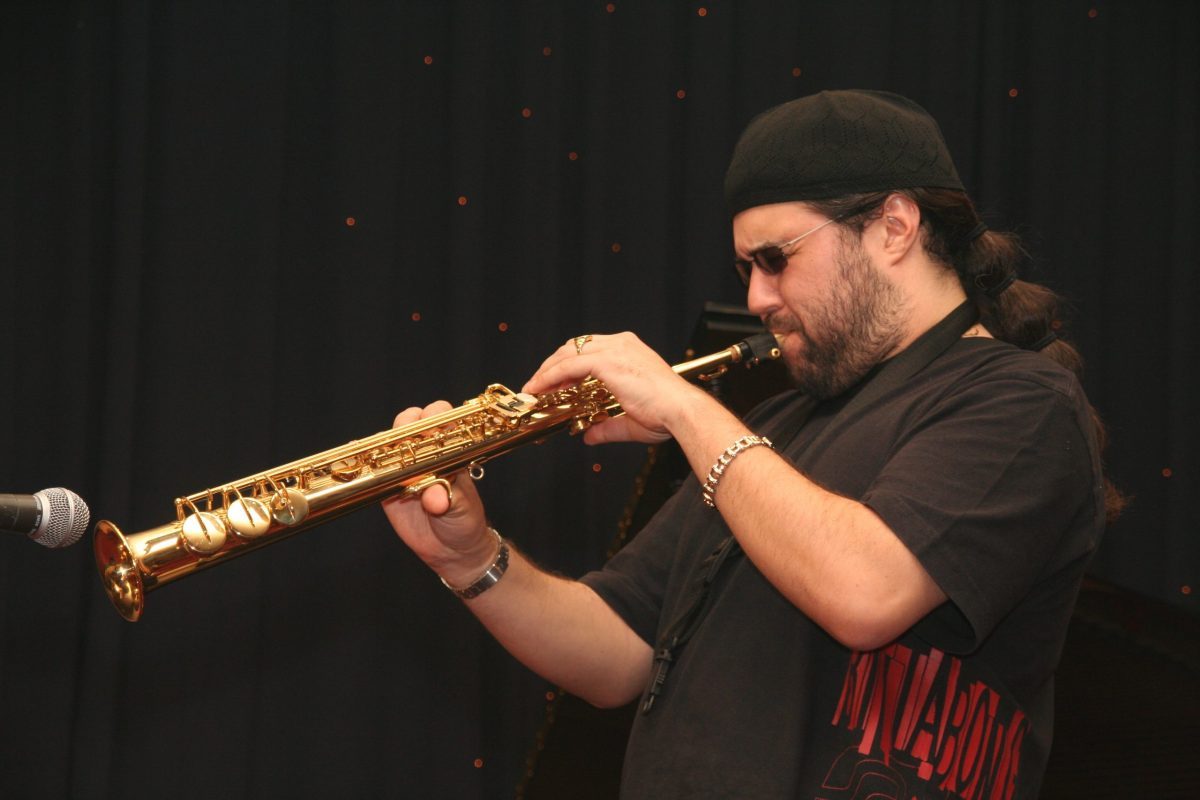 Blindfold’s latest guest is saxophonist Zulfugar Baghirov. Zulfugar took an interest in jazz music when he was Ayhan Yünkuş’s student at Istanbul State Conservatoire in Turkey. He attended Berklee Umbria Jazz Clinic in Italy and then earned a scholarship to attend Berklee College of Music in Boston. He studied under Bill Pierce, Jim Odgren, Harry Skoler and George Garzone here and received the Joe Viola scholarship. He received the first place award with Ülkem Özsezen as a clarinet-saxophone duo at Boston Music Expo in 2001 as “The Newbury Duo”. He moved to Washington upon his graduation and moved on to playing tenor and soprano saxophones. He gave concerts in Baku International Jazz Festival, Montreux Jazz Festival and prominent jazz clubs in Washington. He was accepted to New York University’s Steinhardt for Jazz Studies Masters Program in 2010. He performed at Blue Note; Jazz At Lincoln Center; Dizzy’s Club Coca Cola; NYU Concert Hall in New York. Zulfugar is the son of Elşad Bagirov, the esteemed conductor of Istanbul State Opera and Ballet. His family members include Azerbaijan’s famous composers Qara Qarayev (1918-1982), Zakir Baghirov (1916-1996) and avant-garde composer Faradj Qarayev. He recorded an album called Qarabag, which is a salute to Azerbaijan and the roots of composer families, with pianist Renato Diz. We presented the musician with our selection of pieces that consists of two alto and two tenor saxophone players.

Cannonball Adderley
Know What I Mean?

Firstly, thank you for including me in the Blindfold series. I love this game. I play it by myself in the car sometimes by shuffling thousands of pieces.

Wow! This is great! It sounds like Bill Evans to me… Yes, it is definitely Bill Evans. I don’t know this album. The saxophonist could be Cannonball Adderley; I don’t know such a recording of his but the sound is very familiar… The piece is called Waltz for Debby isn’t it?

Yes, it was evident that the musician was Bill Evans from his chord voicings. His piano touch is very obvious by the way. Is it Bill Evans’ album?

No, it is Cannonball Adderley’s album but Bill Evans is on the cover because he plays the piano in the album and the opening piece is his composition “Waltz for Debby”.

This is real jazz! Cannonball Adderley’s tone is so obvious; his articulation is so clean from the very first note onwards; now he is playing fast but all of his notes still can be heard individually when he plays fast or slow. His tonal range is classical alto sound, and this is definitely Cannonball’s articulation. 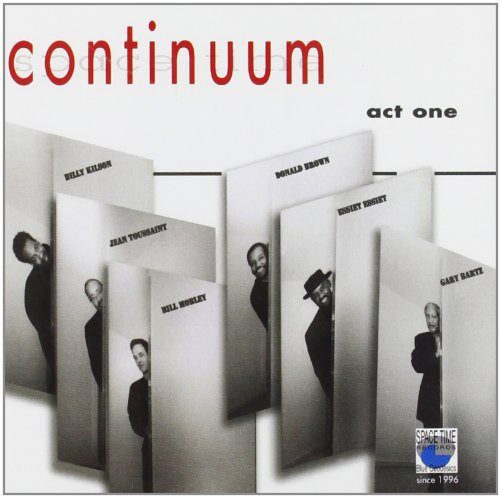 You make me listen to all these alto players! I haven’t heard this recording before. But I think this is another old timer. It sounds like the 60s or 70s. It is a rather voluminous band. I don’t know who the pianist is. It is very interesting. The saxophone sounds like Gary Bartz. I haven’t really followed his albums. But I am 99% sure that this is him. Maybe this album doesn’t belong to Gary Bartz, he could be a guest musician here. Unfortunately, I don’t know the other musicians here.

Yes, this is saxophonist Gary Bartz. The album is called Continuum-Act One. It was recorded and published in Paris.

Maybe I am hearing different things in the sound as a saxophonist. Gary Bartz’s higher registers sound similar to Kenny Garret. But it has that unique Gary Bartz sound to it as well, nobody else plays like this. What I mean by that is that nobody uses it. He incorporates his own voice (saying hmm, hmm) to the tone in the higher pitches (this can be heard during the 3.31 sec timestamp). He likes doing that. John Coltrane used to do the same when he hit the mid-high notes.

Yes, it is a similar effect. This album doesn’t fully sound like American jazz. It sounds like European musicians are in the band as well. That’s why I started to think it might not be a Gary Bartz album. Space Time Records seems to be located in Paris. Some French musicians are in the band. The album has a very solid sound. The European nature of the sound might be due to the fact that the mixing was done in Europe as well. 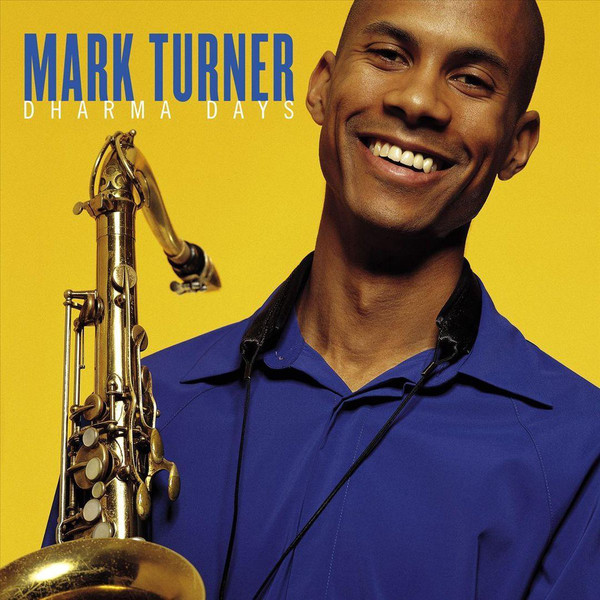 Oooh! Of course I know this album! Kurt Rosenwinkel and Mark Turner. I can tell some very interesting things about it. I worked with Mark Turner for three years. The saxophone tones you hear on the recordings and in the room are entirely different for the most part. A lot of musicians have different tones in the lower registers. But Mark Turner plays without changing the sound in both registers; very clearly and clean. I learnt how to do this from him. He told me outright during our first lesson that my sound was different in high and low registers and that I should balance it. Mark Turner’s sound is more like classical saxophone, it is rounder and softer… You cannot use sub-tones in the lower registers in classical music but many jazz musicians prefer to do so because the resulting tone is great. Turner often, and especially during the recent years, prefers to stick with a balanced saxophone tone without changing his timbre in highs and lows. He has his own style. There are many musicians in the world that try to imitate this. He developed an improvisation performance that consists of chords being arpeggio with wide ambitus. His transitions sound like piano’s voice leading as he dictates chord sounds between the wide ambitus of lows and highs. I am not entirely sure but I think this is Mark Turner’s album, though it could also be Kurt Rosenwinkel’s as well. Their quartets sound very similar. If it is Mark Turner album, it could be one of his older ones. But it is definitely the same band. 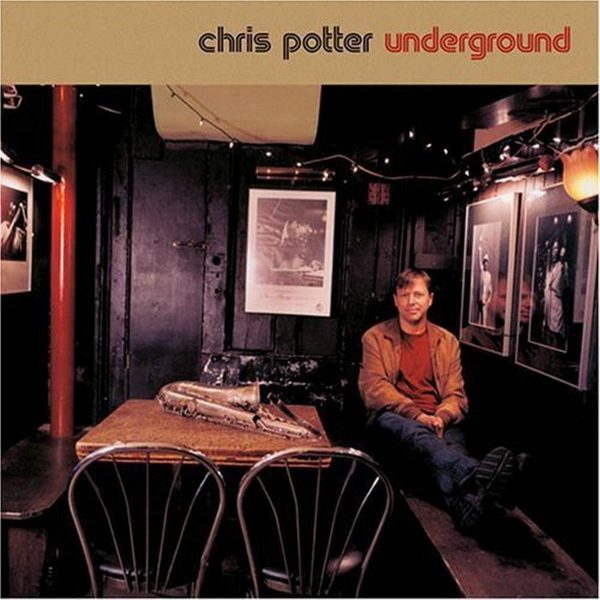 This is Chris Potter. Adam Rogers plays the guitar and Craig Taborn the keyboard. This band has its own unique sound. There is a very creative and rhythmic harmony between Craig Taborn and Chris Potter. Taborn almost always gives rhythmic ideas when he is accompanying. Potter hears these ideas , changes them and develops them in his own solo. You always end up learning more from these rhythmic sentences and their musical expansions when you listen to their recordings. This could be recorded in the beginning of the 2000s. This isn’t a very young Chris Potter here, it is recorded at the end of his evolution. Frankly, Chris Potter’s sound didn’t change that much in years. His sound as a 16-17 year old alto saxophone player is almost the same as now. The ideas changed and evolved. But I think his infrastructure and balancing stayed the same. I think he leans on the free music norms in order to sustain his musical ideas when he is performing within a freer framework. On the contrary, for example, if he is performing on certain for like jazz standards, he prefers to expand his ideas and to do over the barline phrasing. This way he creates the following sentence not from scratch but by using the previous rhythmic ideas. That’s why the answer to how Chris Potter builds his improvisation through a piece is very obvious.

When did Chris Potter switch from alto to tenor saxophone?

Chris Potter still plays alto saxophone but he doesn’t use it like a tenor saxophone. His main instrument is the tenor. I don’t think he ever stopped playing the alto saxophone.

The album is called Underground. The piece is Nudnik. It was produced in 2006.

Yes, now I remember! It is a great album, one of my favorites.

Thank you for this great Blindfold Zulfugar!