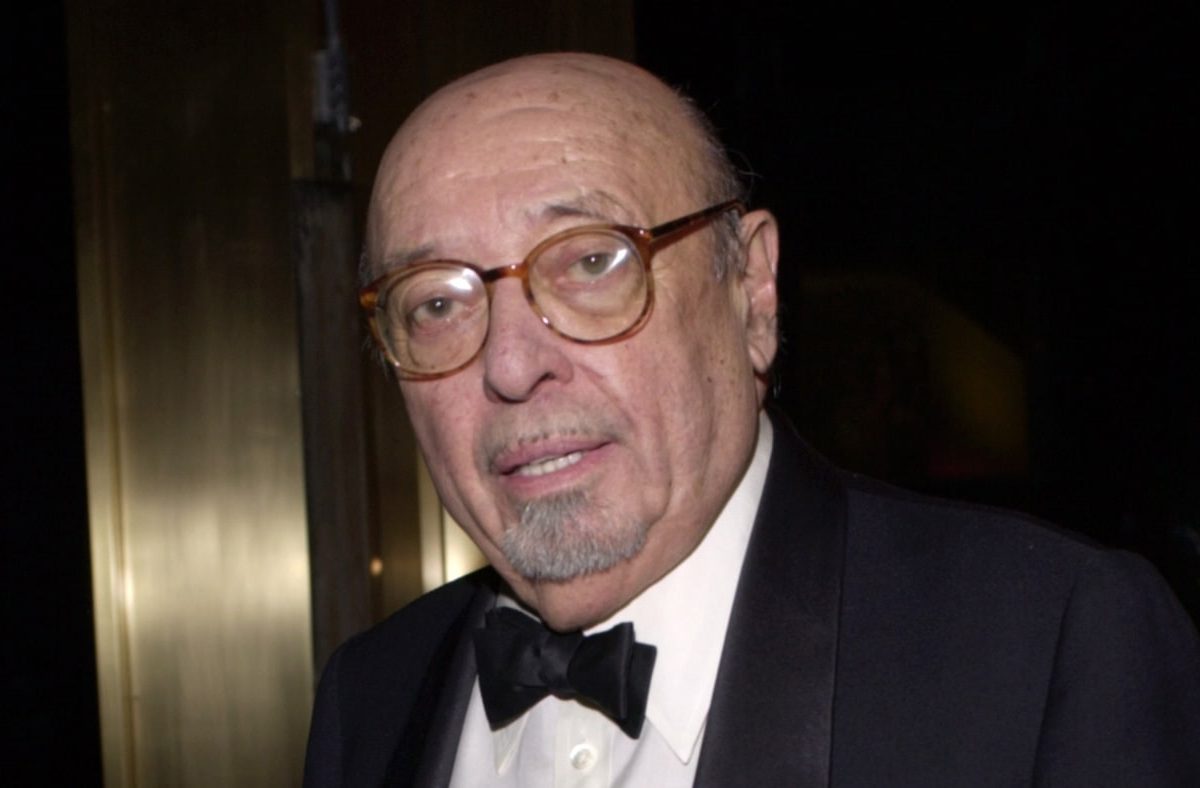 As Jazzdergisi.com, we wish to look more closely at these award-winning artists in this series of articles.

Atlantic Records released its first album in 1948 after being founded in New York by the internationally renowned music producer Ahmet Ertegün. Atlantic Records, which played a big role in putting rock’n roll on the musical map, received its first Grammy Award in 1959. Ahmet Ertegün produced the records of important rock bands such as Led Zeplin, Bee Gees and Yes, and worked with The Rolling Stones for 14 years. Ertegün worked with musicians and bands of other genres and added unique and leading names in music such as Roberta Flack, ABBA, AC/DC, Genesis, Steve Nicks, The Manhattan Transfer, The Blues Brothers, INXS, Tori Amos and Phil Collins to the Atlantic Records roster. Ahmet Ertegün was also active in other fields of arts, receiving many titles and awards, and received his doctorate from Berklee College of Music.

The article below was written by Sevin Okyay following the death of Ahmet Ertegün and published in the 45th issue of Jazz Dergisi in 2007.

“Ertegün Brothers” are no more!

The youngest of Ertegün Brothers, Ahmet Ertegün, passed away. His brother Nasuhi Ertegün died in 1989. These two Turkish men who shaped and lead the music of America left behind a big legacy and are survived by many musicians indebted to them. Ahmet Ertegün was 83 years old when he slipped and hit his head, entering a coma which was followed by a vegetative state, in the backstage of the The Rolling Stones concert given to celebrate the 60th birthday of the ex-president of USA, Bill Clinton. Maybe he might have preferred to leave this earth during a musical event.

Ahmet Ertegün, the founder and president of Atlantic Records, has left his mark in several different eras. His business life actually follows an incredible curve as a Turkish citizen who moved to the States. This is an American dream, a success story not so different from a fairytale. It is the story of a foreigner, a Turkish man, who became one of the leading names in the history of popular music (and the history of jazz as well), due to his love for Afro-American music. He founded Atlantic Records with his partner Herb Abramson in 1947 with the ten thousand dollars he followed from a family friend dentist. His brother Nasuhi Ertegün joined the company in 1956. Independent Atlantic became a force to reckon against big recording labels through the talents it discovered and encouraged. It soon became the leading R&B label in the country. Its artist roster included Ruth Brown, Big Joe Turner, Ray Charles, LaVern Baker, Drifters, Coasters and Clovers in the 1950s. Ahmet Ertegün produced the majority of Atlantic’s records, and sometimes made music with the name “Nugetre” which was an anagram for his own name. Atlantic conquered the soul and rock circles completely in the 1960s and 70s. Its list of artists span from Aretha Franklin to Led Zeppelin’e, from Otis Redding and Wilson Pickett’s Southern soul music to The Rolling Stones.

He was born in Istanbul, but grew up in cities like Bern, Paris and London with his brother Nasuhi due to his father’s work as a diplomatic consul. They fell in love with the big bands of the 1930s in London. Ahmet Ertegün explains how he listened to Cab Calloway’s Orchestra when he was 9 years old and enjoyed “the dazzling presence of these dark-skinned gentlemen in shiny white outfits” as well as “the excitement of the rhythm of the music”. He received a traditional education and completed it with the extraordinary lessons he received at the Howard Theater, the centre of dark-skinned entertainment world. “I used to go there almost every week, because there would be a different big band performing each week, I didn’t want to miss out on any. I received my education on music at Howard.” 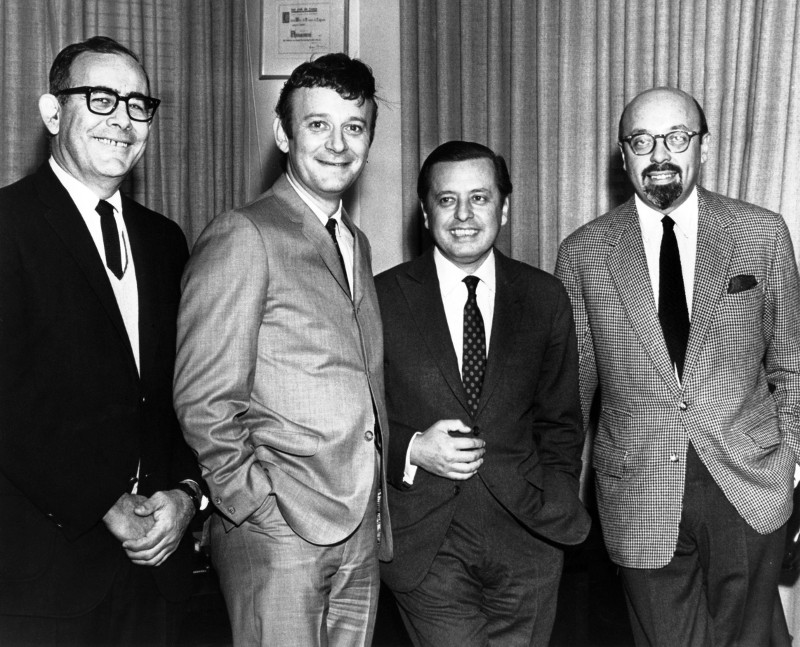 Ertegün brothers were always present at local jazz and blues clubs in a city with racial segregation. Ahmet discovered Ruth Brown, who provided Atlantic with its first hit singles, at Crystal Caverns in 1947. Some would come to call Atlantic “the house Ruth built” due to this reason. They could collect 78 rpm records of jazz and blues as well. They would visit neighborrhoods where Afro-American people lived because they loved their music and one could only find the records in these neighbourhoods. They transformed the Turkish Consulate as a brunch venue with guest musicians open for anyone on Sundays. Many lasting friendships were born through the jam sessions that took place with the contribution of musicians from two different races. They organized the first concerts given by white and black people together when they had just started out. These happened at the Jewish Center because nowhere else accepted musicians and audience from two races together. Ahmet and Nasuhi preferred to stay in the States after their father’s death in 1944. Ahmet Ertegün decided to turn down other business opportunities and dive into the world of music.

He was an old hand coming from older traditions, and he founded his company due to his love for music despite all the risks he had to take. He wasn’t merely interested in popular music; Atlantic Records also worked with musicians such as John Coltrane, Charles Mingus, Modern Jazz Quartet and Ornette Coleman in the 1950s, which was not for the faint of heart. He was a persuasive, gentle man. He had an elite taste as well as financial means. He had stories to tell, his conversations were sweet. He also was a clever businessman who had a good ear, one who knew a hit as soon as he heard one.

However; he was nothing like his character Taylor Hackford’s movie “Ray”. Ertegün talked about two characters playing as him in two movies (“Ray” and “Beyond the Sea”). He said Taylor Hackford made a great movie and managed to capture his relationship with Ray Charles as close to reality as possible. He thought Curtis Armstrong, who played as him, was a good actor. “But” he said “I wasn’t the small and timid man as the movie portrayed me.” He didn’t care about what the actor playing him looked like, but it seemed as if he wished somebody cooler was chosen. He didn’t enjoy “Beyond the Sea” which was based on Bobby Darin’s life. “Kevin Spacey is a great actor, but unfortunately he wanted to sing the songs himself. A singer’s own voice should be heard as well as their own music in a biographic movie about them.”

There was also something else: Ahmet Ertegün discovered Bobby Darin. He was sitting in Atlantic’s waiting room. There was a piano there. Darin brought along some demos. They were horrible but Ahmet Ertegün heard him playing the piano while waiting and understood he was a completely different artist than the one heard on the demos. He signed Darin right away. Ray Charles also has a similar story. As we said, Ertegün had many stories to tell. When he requested Ray Charles, nobody else was in pursuit of the musician. Charles made some recordings but they didn’t sell. “I listened to “Baby, Let me Hold Your Hand” in either 1949 or 1950, and I recognized he was the best singer alive. Nobody thought he could release a hit recording; on the other hand, I was sure he would.”

What a great success. If he was able to rise to the top of his business from that little recording studio in Manhattan that doubled as an office in the mornings, working with low-budget recordings, it is due to his love for music, unfaltering ear and cooperation. Ahmet Ertegün was a muslim. He worked with Jewish producers (especially Jerry Wexler) and Afro-American musicians whose roots were in church music. He said that he wished to be remembered as “a man who worked to promote Afro-American music and tried to raise awareness about its greatness” during another interview. He was a leading name who worked at Rock and Roll Hall of Fame and Rock and Roll Museum. He kept following his own beloved path until the very end. He was as relaxed in his dapper clothes and expensive shoes at R&B venues, smoky bars and punk clubs as he was hanging out with the socialites in the backstage of Madison Square Garden. Ahmet Ertegün wasn’t afraid to push the boundaries. We cannot thank him enough for this… 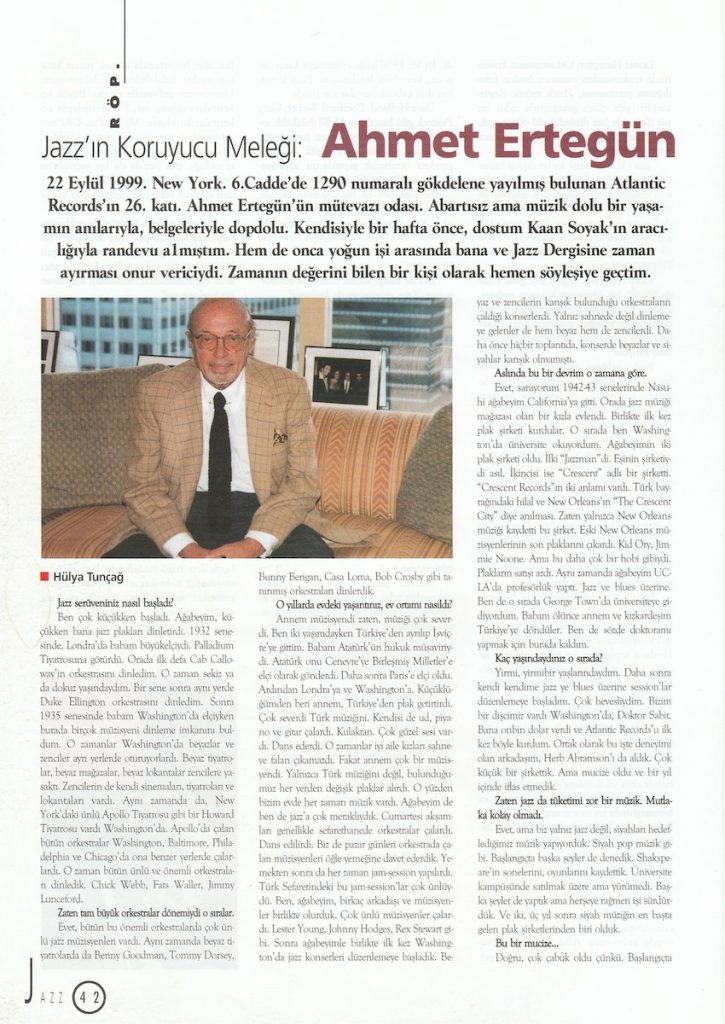 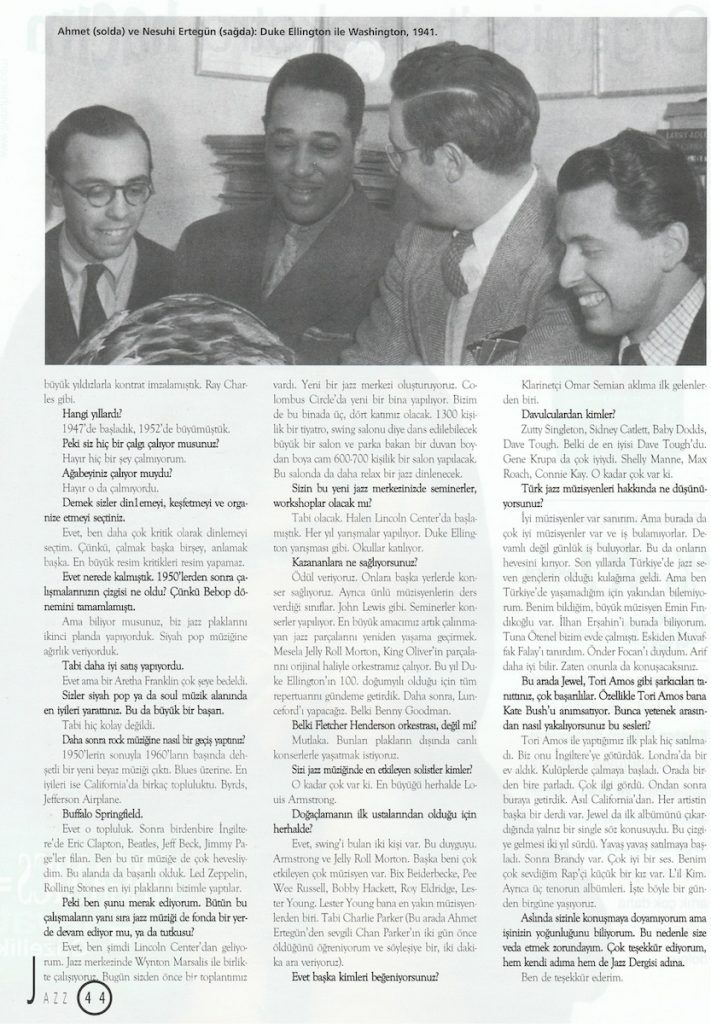 Hülya Tunçağ conducted an interview for the 17th issue of Jazz Dergisi in 2000.